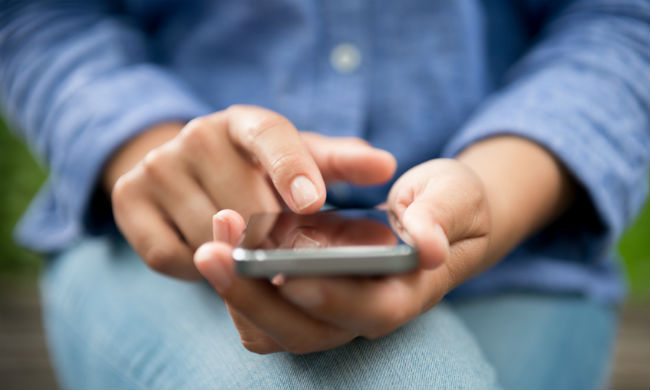 With 4 million more Latinos eligible to vote in 2016, Unidos brings news and information to a group that could play a major role in the 2016 elections.
By Liza Bayless
6 MIN READ

Immigration has been one of the hottest and most contested topics of the 2016 presidential election. It’s an issue that has great impact on Latino communities, which make up 17.4 percent of the United States population and will continue to grow. By the time the polls open in November, 4 million more Latinos will be eligible to vote than in the 2012 presidential election.

This population could have a significant impact on American politics.

Though the voting rate of this demographic has been increasing, it is still staggeringly low compared to the turnout of other U.S. racial groups. In the 2012 election, 61.8 percent of the American population voted. White and Black citizens voted at rates of 64.1 percent and 66.2 percent, respectively. Only 48 percent of eligible Latinos cast their votes, rivaling Asians—voting at a rate of 47.3 percent—for the other lowest participation of any demographic studied by the U.S. Census Bureau.

Increasing voter turnout within this population could have a significant impact on American politics and incentivize politicians to think more critically about issues affecting Latino communities. Latinos made up 10 percent of the voting population in the 2012 election, but this number could increase by multiple percentage points if more decide to vote this year.

Millennials will make up almost half of the 27.3 million voting-eligible Latinos in 2016. They will be an especially important group for candidates to reach, although encouraging young people to vote is a challenge within any demographic; the millennial generation voted at rates well below the national average for the past three elections. Language barriers and a lack of family history at the polls can make converting newly eligible Latino voters even more difficult.

That’s why Feet in 2 Worlds (Fi2W), a media project of the Center for New York City Affairs at The New School, is looking to technology to mobilize this group.

The millennial generation voted at rates well below the national average for the past three elections.

At the end of June, Fi2W launched Unidos, a smartphone app that provides important and timely information about the 2016 election specifically for young Latinos from all backgrounds. It can be downloaded for free on iTunes, and it engages users with videos, games, emojis, links to other social media platforms, and provides quick answers to common voting questions.

John Rudolph, executive producer of Fi2W, shares his thoughts about why an app has the potential to increase civic engagement and change voting culture.

Liza Bayless: How did Fi2W think to create an app to address the low voting rate among young Latinos?

John Rudolph: In 2008, [Fi2W] covered the election from the perspective of immigrant communities as reported by immigrant journalists from a variety of communities, not just Latino. But certainly, the story of Latino voters emerged out of that as a very strong through line, and that was really where we started to—where I personally started to—become aware of the history of Latino under-voting and the challenges facing Latino and Hispanic communities in terms of civic participation. So this year we were thinking about what we could do to advance our election coverage, and we looked at a couple pieces of data. One was a study from Nielsen, the company that rates TV shows and market share, which shows that Latinos are the fastest adapters of smartphones in the country. And then we started looking at rates of participation by Latinos, especially young Latinos, in elections as voters.

I teach a journalism course at the New School in New York, and I start my course every year with a questionnaire. I ask my students how they get their news and information, and they were getting most of their information from their phones. So all of this came together, and an idea began: Let’s develop a way to communicate with younger Latino voters, who represent almost 50 percent of the potential Latino electorate. Let’s find a way to reach them in a new way, using platforms that they’re used to, that they enjoy using, and see if we can move the needle on increasing participation by this very large and important group of voters.

Bayless: What does Unidos provide that is different from reading articles or looking to Google for more information about voting?

Rudolph: There are a number of apps that encourage people to register and vote, and there are a handful of apps and a larger number of websites that are specifically focused on Latinos, and some of them for young Latinos. But they don’t offer much more than simply a platform to register and then notifications about important dates like deadlines for registration and then reminders on Election Day. So we decided that we wanted to do something more expansive, and one of the things that came out of our focus group research was that young Latinos are very proud of their heritage, but they don’t want to be lumped together; they want to have their individual heritage recognized. So one of the first questions that the Unidos app asks when you download it is “Which cultures do you identify with?” And we say “cultures,” plural, because we know that everyone has their own individual picture of who they are and who they want to project to the world.

“Let’s find a way to reach them in a new way, using platforms that they’re used to.”

We have a news feed, which is an aggregate of lots of different websites from a variety of sources in both Spanish and English, and then we have our guides, which are a series of short videos that introduce resources for registering, for voting, for what to do if you have trouble voting and you’re being challenged at the polls or you feel you’re being discriminated against, how to be involved further. We have another section, which is our stickers, a whole series of shareable stickers, or emojis, that we encourage users to share with their friends.

Bayless: How does Unidos avoid instilling bias or endorsing one candidate over another?

Rudolph: We think of this as a public service journalism project. It’s not about endorsing candidates, and we offer in the news feed a variety of perspectives. We feature content from a wide range of points of view. We’re doing the job that many other aggregation sites do, but focus on a particular audience, which is millions of Latino millennials in this country.

Bayless: Who is responsible for curating the content of the app?

Rudolph: We have an editor, Pablo Medina Uribe, originally from Colombia. He’s a millennial himself and a young journalist who has covered politics and sports and a number of other topics both in the U.S. and in his native country. He and I work together to select the stories that we run on the app, and we also have some formal partnerships with media organizations [Public News Service and ImpreMedia], and we select from their content but also from a wider universe of stories that are out there.

Bayless: If successfully implemented, what kind of impact do you think this app could have on the election?

Rudolph: In many ways, you can argue that the election of Barack Obama in 2008 was largely due to that margin that was provided by Latino voters in a number of states. In this election, where immigration is such an important issue, I think that the Latino vote is more important than ever. That’s not to say that immigration is the most important issue to all Latinos. It’s not. But the overwhelming majority of Latinos in this country are affected by immigration policy, either directly or indirectly. How the candidates position themselves on this issue, how the parties position themselves, is going to make a difference to many Latino voters. It will be very interesting to see how the current rhetoric in the campaign translates into votes in those states where the Latino vote could really make a difference. Four in particular that everyone is looking to: Colorado, Nevada, Arizona, and Florida.

“The Latino vote is more important than ever.”

It’s going to be hard to pinpoint what Unidos has done in this election specifically, but we’re hoping to motivate thousands of people to register and vote, and we are hoping to start conversations in communities and at colleges and universities among Latino millennials about voting and about civic participation. It’s a long evolutionary process, and I think one of our main contributions is going to be showing how new technology and new ways of communicating with audiences can really be effective and powerful in changing the way people talk about politics, the way they think about elections, the way they think about governing, and the way they educate themselves so they can be well-informed voters when they actually go to cast a ballot.

Bayless: What has the designing and launching of an app like Unidos suggested to you about the way technology can be used to mobilize people and create social change?

Rudolph: My thoughts on this are evolving. Because I’ve talked to a lot of younger people and organizations that focus on millennial audiences, what we know is that many younger people of voting age—regardless of their ethnicity or cultural background—would really like to be able to carry on their responsibilities as citizens, namely voting, online and preferably on their phones. There’s definitely a disconnect between the way elections are conducted in this country and the way many people, especially younger people, feel they should be conducted. I think that what I see Unidos as doing is laying the groundwork for a time when you can vote online, and when online tools allow for a fuller expression of civic participation.

We’re transitioning between the older technology of voting, which we know has lots of problems, and the possible newer technology of voting, which lots of people are worried about having problems with. We’re transitioning between the pre-internet and pre-smartphone generation and people who are native users, so I can’t really make a definitive statement about the role of Unidos and other apps like it, but I think we’re laying the groundwork. We’re doing the investigation, the experimentation, the trials of ways of reaching people that are going to become more and more common as each election cycle goes by.

This Presidential Race Is a Clear Choice: Fight, Flight, or Fellowship