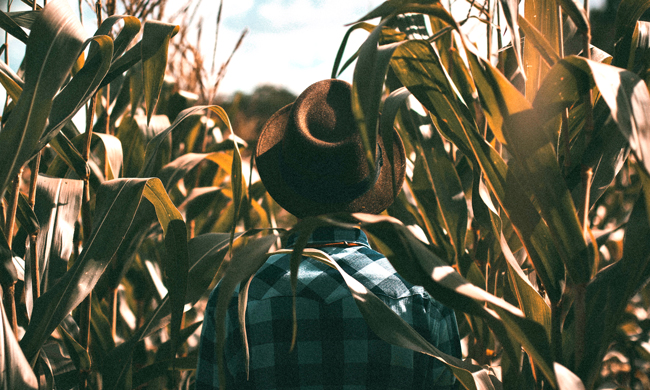 Much has been made of the split between urban voters who favored Democrats and rural voters who favored Republicans. Trump prevailed by speaking directly to the pain of the voters who felt the most deeply betrayed by a system that once offered them jobs with attractive wages, security, and generous benefits. The jobs themselves, however, were often dangerous, dirty, and exhausting—coal mining being an extreme example. Others were mind-numbingly monotonous.

Those who endured the downside of these jobs took pride in their ability to support their families in comfort and dignity without need for government handouts. They valued their contributions to their communities and to America’s position in the world.

Most of those well-compensated, unionized, working-class jobs have disappeared. Those who once held them—or aspired to hold them—are understandably angry. They want back the jobs, dignity, and sense of service an unjust system now denies them.

Despite Trump’s glib promise and the hopes of those who trusted him more than they trusted Hillary Clinton, those jobs are not coming back. The impact of the trade agreements that facilitated the initial outsourcing of those jobs is now superseded by the impact of automation. Moving robots from China to the United States will not bring back the jobs that automation is rapidly eliminating. We must adapt our economic institutions to these realities to meet the needs of all—including our need for dignity and self-respect—in ways consistent with the limits of a finite planet.

Local control is a foundational conservative principle. Many progressives embrace that principle as well, with a call to seek solutions in local economies grounded in local ownership. This area of agreement provides a potential foundation for an effective rural-urban political alliance to establish control of jobs, resources, markets, and finance in the hands of people who have a stake in the long-term economic, environmental, and social health of the communities in which they live.

A corporation that exhausts the soils, fisheries, or forests of one place simply moves to another, leaving the people to bear the consequences. This is an essential difference between people and corporations. People have a natural interest in prioritizing long-term health and well-being over short-term profits.

It is no coincidence that many of the worst pockets of poverty are located next to profitable, polluting, highly mechanized and automated resource extraction and processing sites—think fracking, mountaintop removal, tar sands, oil refineries, and chemical plants that destroy essential life-supporting resources, including clean water, fertile soils, healthy forests, and fisheries on which both rural and urban people ultimately depend. The profits go to corporations. Local communities live with the loss. Other pockets of poverty are located next to the world’s remaining fertile lands and productive forests and fisheries—from which local people are excluded by the distant corporations that control and profit from them.

What if we cut out the corporate middlemen and restored control to the people who now bear the costs? The natural incentives would shift from favoring dirty fossil fuel energy to favoring local generation of clean wind and solar energy serving both rural and nearby urban consumers.

Forests and fisheries can be managed for healthy sustainable yields by the people who live next to them. And small scale factories using 3D printing and locally recycled materials can employ former industrial workers to meet many of our manufacturing needs.

The political divide in the United States need not be so wide as it currently seems. With a common vision of what we really want, we can work together to restructure economies to put control where it belongs—in the hands of local people who care for the health of themselves, the land on which they live, and the future of their children.

To Billionaire Doomsday Preppers: Your Wealth Won’t Save You