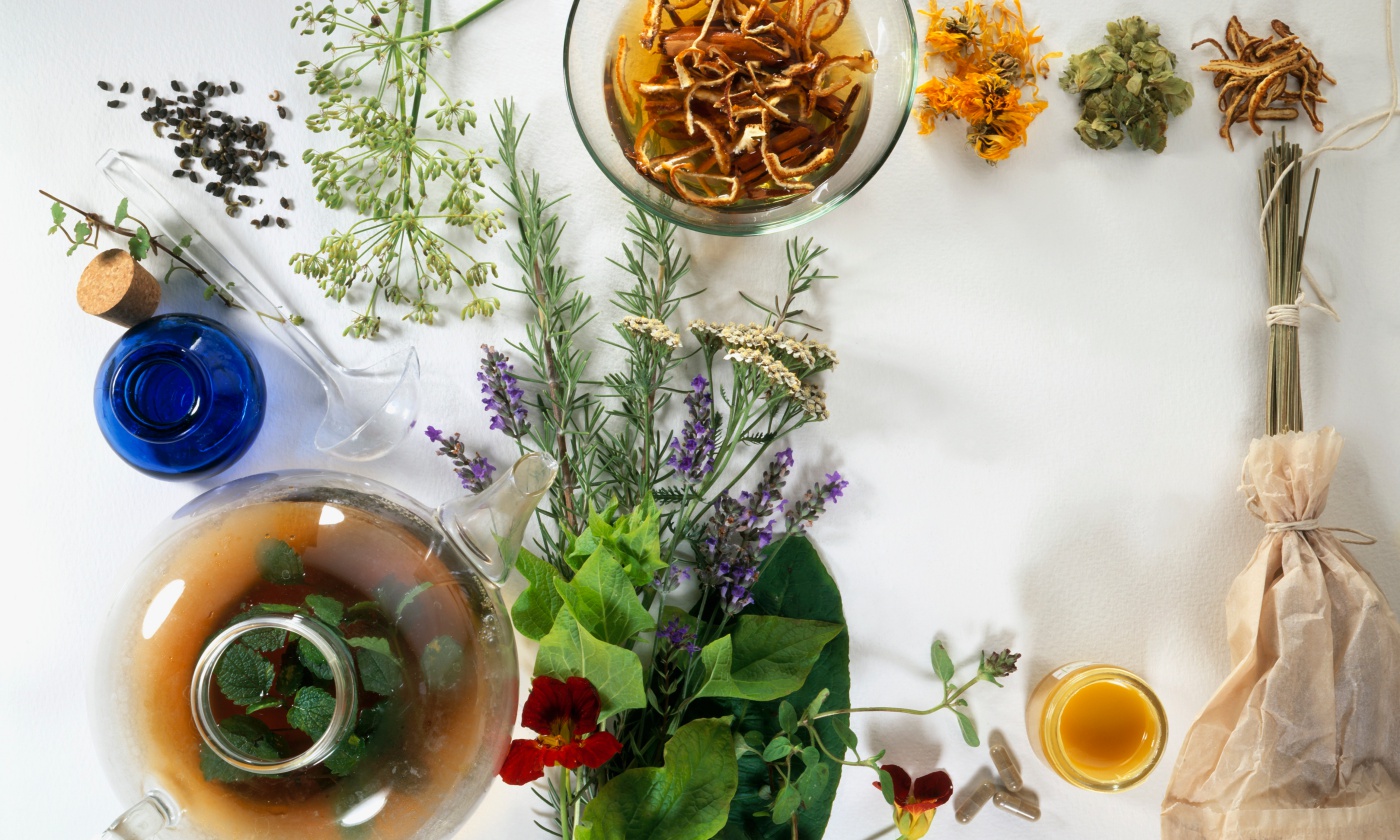 “Black healing traditions are not just the foundation of White herbalism, but White Western medicine.”

Plant medicine has been gaining popularity in recent years, but this herbalist wants to decolonize it.
By Danielle Dorsey
5 MIN READ

I was fairly new to the study of plant medicine when I was introduced to herbalist Sade Musa, who leads the community education and healing project Roots of Resistance. Part of my commitment to self-care and reducing harm meant getting in touch with Mother Earth and learning to seek her out in moments of overwhelm, but it was frustrating that most of the traditions I was being introduced to were European or repackaged indigenous practices. I was starting to feel like the only way to get in touch with my roots was to take every racist’s favorite advice and “go back to Africa.”

It was Musa who helped me realize the connection I was seeking could be found in my American homeland. In between posting herbal tea and tincture recipes, Musa uses her platform to call out popular herbalism texts for subtle and overt racism. She talks about how Black healing traditions are not just the foundation of White herbalism, but White Western medicine. She helps students reclaim herbs like turmeric and ashwagandha, which are typically attributed to Ayurvedic medicine but have been used by indigenous Africans for just as long and in similar ways.

At the center of Musa’s work is bodily autonomy. She says that “bodily autonomy is really key for anti-colonialism resistance, but particularly Black resistance. Whether we’re talking about emancipation from slavery or incarceration or medical apartheid, we’re talking about bodily autonomy. When we give people the skills to heal themselves as much as possible and connect that to how our ancestors would heal themselves as an act of resistance and self-determination, they gain the confidence to push back against the running narrative.”

Musa ended up with a career in herbalism despite that as an infant she nearly died because of herbal practices. Less than a year old and dangerously ill, Musa was taken to a Western doctor to be diagnosed, with plans to have her treated by a local healer. The problem came when Musa was misdiagnosed with mumps, so when her mother took her to a neighborhood medicine woman, the wrong treatment was administered.

As Sade explains it, “It’s a miracle I didn’t die. What did happen was it caused my neck to explode, and I had a hole in my neck. For years afterward my mom would massage vitamin E oil into my neck to reduce the scarring and to this day I still have huge scars on my neck. All because of lack of access to quality Western care and lack of follow-up.”

As Musa grew up, she couldn’t ignore how pervasive chronic illness plagued her community.

“I’m looking around and seeing all of these really sick people, a lot of cancer, diabetes, degenerative bones and tissue, so many things that were caused not just by personal behavior, but environmental racism and extreme stress. That’s how I realized that was an area that I wanted to work in.”

She began by studying pre-med, but switched direction just before entering medical school and became a medical researcher. She had hoped at the time to help diversify the medical research field, but was forced to leave due to a violently racist work environment. Biding time while she figured out her next step, Musa began teaching nutrition and herbalism classes in her community.

“Given that I was poor, I was also burdened with having to support my entire family, so I never even considered herbalism as a long-term option. Then as I began to get more serious in my studies and work with more people, I realized I could make a difference. It might not be as widespread as if I had done research in a lab, but teaching someone how to manage their diabetes or their blood pressure or take a few less pain pills per month or per week, that has a really big impact in their lives.”

From there, Roots of Resistance was born, breathing some much-needed color into an overwhelmingly White field. Plant medicine has been gaining popularity in tandem with spirituality over the last few years, but few herbalists are going to the same lengths as Musa to call attention to the contributions of the African diaspora.

She admits, “There are a small percentage of herbalists—including some White people—who are pushing back, but usually where they are pushing back is the appropriation of Native American medicine by White people or the appropriation of more ‘exotified’ Eastern healing traditions. In order for them to talk about how Black healing ways are appropriated, they’d have to talk about how they completely absorbed them and there is no discussion of that.”

I wondered how these uncomfortable subjects could be broached, given that her knowledge comes from years of intense study and is not easy to find, even online.

“I try to speak out and push back where I can, but generally it’s not well received, so I try to focus on how they would benefit from choosing to focus on plants that they have ties to. Everybody talks about how white sage has sacredness and how if you burn it you’ll have these spiritual effects, but I’m kind of like, yea, but how do you know that sacredness is going to transfer to you? I know personally, despite having some Native American blood, I don’t respond to white sage the way other people do. I respond to myrr, I respond to tamarind … I had to pay attention to what plants called to me, and I found that there were plants that could move me to tears. You don’t find this out if you’re just trying to steal other people’s sacred things. Find out what was sacred to your people and the land that you come from.”

“One of the things colonization did, and they even did this to White people, is it removed the spiritual component from all of the healing practices it touched. A lot of people nowadays are drawn to a holistic healing model because it involves the mind, body, and spirit, but all medicine used to be like this, even that which came from Europe. There was a strong connection to the Earth and plants were treated as spirits, not commodities. They were really big on approaching medicine with the right intention and believed that plants could enhance our innate power. You see a lot of people nowadays seeking this out with ayahuasca ceremonies, because they want to feel this spiritual enhancement and powerful connection to plants, but it doesn’t matter what you’re taking, whether it’s peyote or a plant that has no hallucinogenic effects, you can still have a powerful connection to that plant if you’re spiritually open to it. This was something that was inseparable from healing practice and that hasn’t been completely lost, but we definitely have a lot of work to do in reclaiming it, especially in the most colonized people.”

So where do we go from here? It seems like a lot of fourth-wave feminists want to dismantle current systems completely, but Musa clarifies why such thinking is ableist.

“The reality is, we can’t go back to before colonization. A lot of people feel like, ‘Oh, if we just eat like our ancestors, we’ll be fine,’ but we’re not in the same environment as them, we don’t breathe the same air that they breathed. We can’t just live off the land like we did before—there are people who are able to do that, but as a disabled person living with a chronic illness, I personally couldn’t imagine living in a place where there is not access to a hospital. I wish that we were able to do that, but the reality is that there is going to be a lot of people left behind.”

It boils down to Musa’s guiding mission of bodily autonomy. People who need pharmaceuticals should have reasonable access to them, but they should also have access to alternative modes of healing should they so choose.

The hard truth is we’re all going to get sick eventually, but we don’t have to wait until then to be compassionate toward the most vulnerable among us. They are the ones who need this work the most, and it is our responsibility to make sure it reaches them.

This article was originally published by Wear Your Voice Magazine. It has been edited for YES! Magazine.

5 Ways You Can Support a Loved One With Depression

When It Comes to Your Health, Your Local Economy Matters