So say the Better Angels of the partisan divide.

Why you can trust us
By Chris Winters
7 MIN READ

Three weeks after the 2016 presidential election, a group of 21 people came together in South Lebanon, Ohio, outside Cincinnati, to talk.

After the contentious election, there was a question lurking under the surface: “Could we as a country avoid a civic divorce? Could we build a more perfect union?” says David Lapp.

That meeting marked the beginning of what would become a national movement called Better Angels, that Lapp and two colleagues formed to create friendly spaces for potentially unfriendly conversations.

It’s among dozens of such arrangements—from weekly dinners to meetups to formal debates—that have emerged after the 2016 election to look for common ground across the political divide.

Better Angels got rolling in 2017, with a summer bus tour of 15 communities between Waynesville, Ohio, and Philadelphia, convening a similar mix of people in what they called “Red/Blue Workshops.” A fall tour followed, from Washington, D.C., to Nashville, Tennessee. Along the way, Better Angels has trained 130 volunteers to moderate future workshops.

The meet-ups, Lapp says, are “not an effort to change each other’s policy views or political views, but we are trying to change our minds about each other.”

“Political polarization” has become almost a buzzword, deprived of real meaning, given how frequently it’s deployed in national media. Slicing and dicing the electorate and the country into political tribes, oversimplifying entire state populations by assigning each a single color, and reducing national elections into contests over specific census tracts in a few key states have led to a widely shared view that the United States no longer is united around common principles.

Much has been made of the effect of social media on politics, too. Nearly three-fourths of Americans talk politics only with people who share their political views, researchers found in 2017. Given how social media algorithms serve us with content that we like (or “like”) and shelter us from what we don’t, that’s unlikely to change on its own.

That’s where Better Angels comes in. In addition to Lapp, who is a scholar at the Institute for American Values, the co-founders were David Blankenhorn, the founder of the Institute, and Bill Doherty, professor and director of the Couples and Family Therapy Program at the University of Minnesota.

The name was borrowed from the final line of Abraham Lincoln’s First Inaugural Address in 1861, given on the eve of the Civil War as a plea for unity when seven Southern states had already seceded: “The mystic chords of memory … will yet swell the chorus of the Union, when again touched, as surely they will be, by the better angels of our nature.”

That assumption—that everyone has the potential to act in a more civil manner—is what drives the group and its outreach to everyone from die-hard Trump supporters to left-wing progressive activists.

“A lot more people are interested in working with people on the other side politically than our stereotypes would represent,” Lapp says. He says the group is intended to reflect the entire spectrum of Americans’ political convictions.

Centrists also are welcome, he says, but “We are not a centrist organization.”

Several early participants in the Better Angels workshops would agree. Ray Warrick is a Tea Party organizer, who describes himself as a strict conservative: “Republicans, by and large, aren’t conservative enough for me.” He has participated in several workshops in the Warren County, Ohio, chapter, where he says the discussions are civil and work to break down barriers.

“I’ve often felt, you don’t hate people who you know, and I’ve had liberal friends for years,” Warrick says.

And it turns out there are areas of agreement that transcend party membership. “There’s pretty solid consensus that A, the politicians aren’t serving us, and B, the money in politics makes it wholly corrupt,” he says.

On the other side is Rob Weidenfeld, a self-described pro-life Democrat who credits Better Angels for opening his eyes to how he was behaving, especially online. He and one of the Republicans in the Warren County group formed a pact of sorts to check each other on Facebook, giving likes to constructive posts or frowns to divisive ones.

“If you actually spend time with these people and talk to them, you realize they’re actually not that different from you,” Weidenfeld says.

Diana Mutz, a professor at the University of Pennsylvania who has studied the mechanisms of political polarization, says that a lot of the divisiveness is made worse by lack of contact between different groups.

“When politics is sort of at the forefront of mind all the time, it makes these cross-cutting relationships harder,” Mutz says. She is author of the 2006 book, Hearing the Other Side: Deliberative Versus Participatory Democracy.

Civic life wasn’t always so politicized, and there have been times when, even during fraught periods, the polarization didn’t seem so extreme, she says. She recalls that when President Richard Nixon resigned, most Republicans, including her father, agreed with the Democrats that the president had committed acts that warranted his removal from office.

There’s pretty solid consensus that A, the politicians aren’t serving us, and B, the money in politics makes it wholly corrupt.

It’s different now, with disagreements even over what is considered objective reality. “Will that happen again, or will Republicans and Democrats just deny what the other side said?” she says.

Getting past that may mean taking a step back from politics.

That’s the reasoning behind an initiative launched as an outreach project by KUOW-FM, an NPR-affiliated radio station in Seattle, whose listenership, like the city, tends to skew left. Called “Ask A…,” the project brought about 10 people into the studio to talk to another 10 individuals who have been misunderstood in broader society.

The goal of the events, titled “Ask a Muslim,” “Ask a police officer,” “Ask a Trump supporter,” and so on, was to provide a series of conversations in an environment that focused on understanding rather than argument.

Ross Reynolds, the station’s executive producer of community engagement, says the spark of the idea came in 2015 when he heard then-candidate Trump talking about banning Muslims from entering the country.

The first “Ask a Muslim” event was held at the station in 2016, focusing on six-minute one-on-one conversations, in the style of a speed dating event, between people in the local Muslim community and in the general listening public. That was followed by a shared meal.

Reynolds says, “I felt like something had really happened.” But there was some question as to whether the effects of those conversations were lasting.

He secured a grant from the University of Washington and reached out to Valerie Manusov in the Department of Communication to create a series of questionnaires to be given to the participants before, immediately after and three months after the talks. The “Ask A…” conversations continued throughout 2017 and 2018, featuring groups such as gun owners, Special Olympians, Trump supporters and so on, usually depending on what is trending in the news, Reynolds says.

Manusov published the results of her study in the Howard Journal of Communications. The questions measured participant’s knowledge about, attitude toward, and empathy for people different from themselves.

No matter which group was featured, she says, all three measures increased from before to after the event, and for all the groups, the follow-up surveys three months afterward showed that levels of knowledge stayed higher and attitudes toward the group were more positive than before the event. Empathy tended to rise initially, but it didn’t “take” as well as the other two metrics.

Despite the groups’ small size, the results were consistent with numerous other studies conducted over the years based on what’s called Intergroup Contact Theory, which was created in the 1950s to look at ways prejudice can be reduced between groups.

That was the case with Teresa Maxie, a Black woman who owns several firearms for hunting, but also favors more gun restrictions, such as background checks. She wanted to participate in the “Ask A…” program because she felt it was important for people, including students in the national youth movement against guns who attended the session, to meet a gun owner who didn’t look the part.

“The looks on their faces when we had dinner with them—and there was [another] enthusiastic NRA member there trying to convince one to come out on the course and shoot a few, and she’d fall in love with guns. You could see on her face that she was completely horrified,” Maxie says. “That impacted me quite a bit, and I feel impassioned about educating people about gun ownership.”

Douglas Campbell, a gun owner who grew up in Alaska, said meeting non-owners and seeing the debate from their perspective changed his own, especially regarding assault-style weapons.

He recalls sitting down across from a woman who had grown up in a refugee camp, and listening as she “explains to me what guns symbolize to her, which is tools of state violence,” Campbell says.

“To actually see another person who’s been deeply affected by this, and to see the disconnect where she’s fleeing violence and she comes here and—it’s creepy, is what it is,” he says.

Those one-on-one interactions are what makes the experience so powerful for some, especially over a shared meal, which Reynolds says is “where the magic happens” during the “Ask A…” events.

Overcoming positive bias is a challenge, in that, even once you factor in the local political environment, people coming to these events are doing so because they want to engage with people different from themselves. Not everyone feels that way.

“Clearly you can’t force someone to sit down and talk to someone else and you can’t force them to listen,” Reynolds says. But he thinks that even people with strong views who come to these events might go back into their communities and share their experience.

Better Angels has turned that goal into a national movement, with local chapters in each state hosting Red/Blue Workshops and also a series of subject-specific debates on timely topics like gun laws.

Everything follows the “Better Angels Rule” of including both sides in everything. “We don’t even go to breakfast if we don’t have a red and a blue,” Lapp says.

He says the causes of today’s polarization won’t go away after the 2020 election, regardless of the outcome.

“Right now, the source of the polarization is if you’re pro-Trump or anti-Trump, and that subject does come up in the workshops,” he says. “But the polarization between conservative and liberal has been coming along for a while. Something tells me we’ll still be around.” 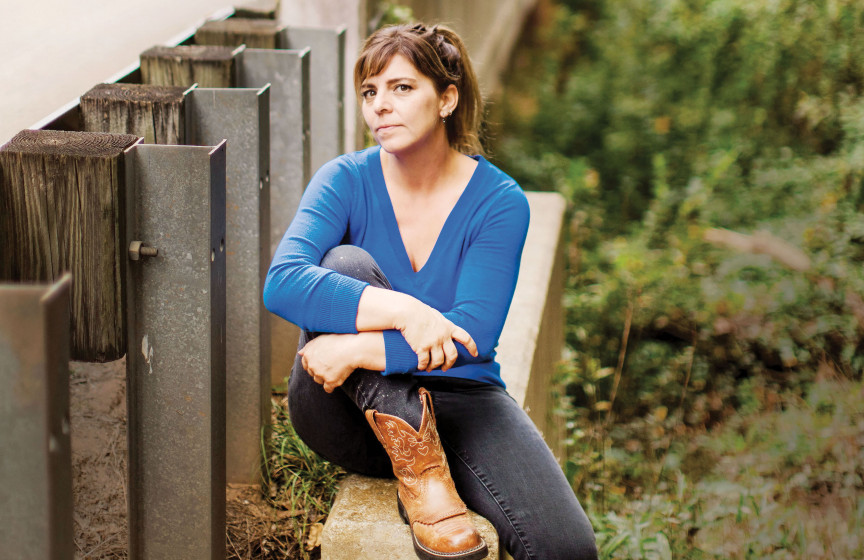