Nothing to Hide? Why Facebook’s Fine Print Is Still Worth Fighting 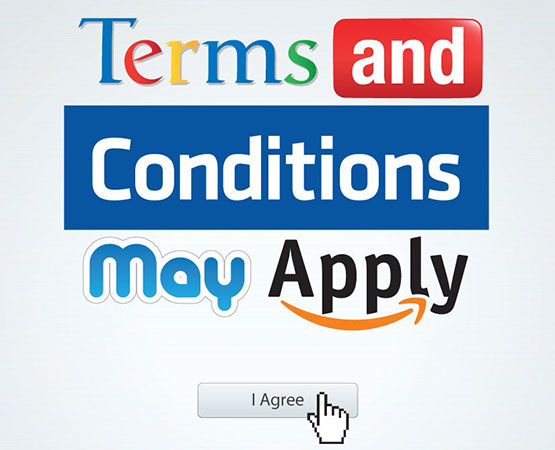 Nothing to Hide? Why Facebook’s Fine Print Is Still Worth Fighting

Devices we use every day are turning our personal data over to huge corporations. But can we win our privacy back?

“Is privacy dead?” director Cullen Hoback asks various hacktivists, e-marketers, and whistleblowers in Terms and Conditions May Apply, a documentary about the political and social ramifications of digital surveillance. It’s a perturbing question, but perhaps a more unsettling one could be directed at us, the audience: “Do you really care?”

Hoback pieces together a comprehensive history of how the Internet has been used to gather our personal details for profit and surveillance since 2001. That year, before the panic unleashed by 9/11, nearly a dozen bills were introduced to safeguard Internet user privacy. But after the attacks those bills were discarded and replaced by what eventually became the Patriot Act, a measure so broad it molded the tech industry’s data-capturing policies almost single-handedly. Those are the “terms and conditions” in the fine print of software and cell-phone user agreements that we consumers agree to without reading.

After watching the film’s first 20 minutes or so, a not-so-vague sense of paranoia sets in, solidified when Zeynep Tufekci, a professor of sociology, says, “You have nothing to hide until you do.”

At that moment one begins to understand why, despite widespread media coverage, Edward Snowden’s leaking of NSA documents has yet to create the massive resistance movement many thought it would. It’s nearly impossible to imagine a world where we’re not beholden to the devices we rely on every day for texting, emailing, tweeting, and messaging. More importantly, we think we’re safe from injustice because we “have nothing to hide,” a common misapprehension frequently invoked in the film.

Having nothing to hide didn’t save a young British man from being detained by Homeland Security in a U.S. airport after he sent a culturally misunderstood tweet, nor did it stop federal authorities from questioning a seventh-grade boy about Barack Obama after he posted an innocent comment on Facebook—two examples Hoback uses to emphasize absurd overreactions by counterterrorism agencies. They’re farcical examples, and not the only ones in the film, but they lighten the load—especially welcome after an hour of watching how our consumer (and civil) rights have been shredded while we were looking the other way.

This moment in history may eventually be identified as the age of digital surveillance, if Terms is any indication. How do we wrap our heads around this, knowing the solutions involve more than relinquishing our phones and other prized devices? The answer to that question is yet to be determined, but watching this documentary could inspire some investigation. As could reading all that fine print in those privacy policies, of course.