Love and the Apocalypse: In Depth

What to Say When People Say “It’s Impossible”

Love and the Apocalypse: In Depth 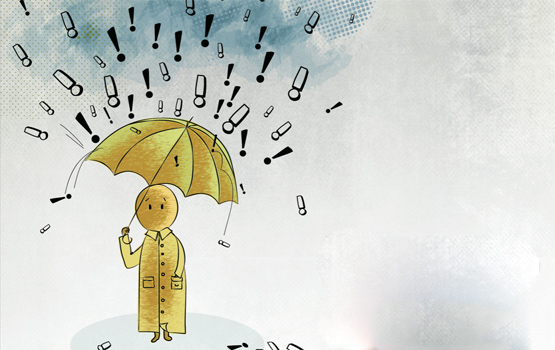 What to Say When People Say “It’s Impossible”

10 smart conversation starters to address some standard defenses of the status quo.

Those committed to building a more just future must question the taken-for-granted “truths” that support the beliefs that capitalism is the only common-sense possibility and that there is no alternative. We can’t leave this task to the pages of peer-reviewed journals and classrooms of social theory—these conversations can start with family and friends but must spread until we create a new common sense. Here are conversation starters to address some standard defenses of the status quo.

Does capitalism “work”? Even by its own indicators, as we’ve become more capitalist—deregulating finance and promoting “free trade”—economic growth and productivity have actually declined. Capitalism does work for accumulating wealth and power in the hands of a few. Is that what we want, or do we want a system that works for all?

2. Today’s globalized world is too complex to organize things any differently.

Of course the world is complex. But some things are also quite simple—we live in a world where 1 billion people go hungry while we dump half of all food produced. The gift of today is that we have the ability to reflect and draw upon many forms, past and present, of non-capitalist social organization, and to creatively experiment with blending the best of these possibilities.

3. It’s either the system we have, or it’s no progress at all.

Doing away with capitalism doesn’t mean resorting to primitivism, denying the poor their right to development, or abandoning all of our washing machines. There are limits to the Earth’s resources, but we can organize a productive, equitable, and sustainable social order that includes many of the comforts of modern life and the benefits of technology. In fact, getting rid of capitalism gives us the best chance of having time to organize a sustainable system of consumption before it is too late—staying hooked into capitalism may be the quickest route to primitivism.

4. Freedom can only be realized through a free market.

Attaching our values of freedom to the market is not just dehumanizing. It also fails to recognize how one person’s “freedom” of economic choice is another’s imprisonment in a life of exploitation and deprivation. There is no possibility for true freedom until we are all free, and this will only come through a much richer and deeper conception of human freedom than one that consists of going to a grocery store and “choosing” between 5,000 variations of processed corn.

5. Capitalism is the only system that encourages innovation and progress.

Progress toward what? And how does enclosing common knowledge through intellectual property rights, or excluding most of the world from quality education, or depriving half of humanity of the basic life-sustaining goods needed for health lead to greater innovation? Just begin to imagine the innovative possibilities of a world where all people had access to everything they needed to live, to think, and to contribute to the common good.

6. Things could be worse.

They could. But they could also be better. Does the fact that we’ve lived through bloody dictatorships mean that we should settle for a representative democracy where the main thing being represented is money? Fear of change is a great tool to limit our imagination about human possibilities.

7. Things are getting better.

Can we really say that things are getting better as we head toward the annihilation of our own species? Sure, the United States may have our first black president and be making small gains in LGBT rights or in women’s representation in the workforce. But let’s not neglect the fact that capital is more concentrated, centralized, and in control than it has ever been. I think we should give ourselves more credit than to settle for this “better.”

Slow is not in the vocabulary of the corporations that are stealing our common genetic heritage, or financiers who are getting rich playing virtual money games that legally rob us all. The enclosure of our commons and the concentration of capital is not happening slowly. Whether we acknowledge it or not, change is happening— what is up for grabs is the direction of that change. On life, leadership, and the future in an age of catastrophic change.

9. The best we can hope for is “green” and “ethical” capitalism.

This belief is fundamentally flawed because it assumes that within capitalism, businesses can prioritize anything over the bottom line. But businesses that commit themselves first and foremost to being fully ethical and green will find it difficult to stay in business in the current system. There are great models of ethical business— worker-owned organic farms, for instance—but these cannot become the norm within an economic structure that concentrates wealth and power in the hands of Monsanto. And while we should support these alternatives, we need to recognize that we can’t shop our way to a better world. We’ll only change the structure and scale up existing alternatives through collective political struggle.

People may be distracted by consumerism, may not have time or energy outside of struggling to pay their bills, may be fearful, may lack access to good information. Those things are different from not caring. The charity industry is thriving precisely because so many people do feel implicated in the revolting manifestations of capitalism. But this is part of the problem—much of our outrage is being channeled away from collective political action and toward “green consumerism” and charitable donations, as if more capitalism could save us from capitalism. Despair, guilt, disempowerment— these are all symptomsof living within a system that rewards greed and self-interest over our innate desires for compassion, care, and cooperation.

Love and the Apocalypse