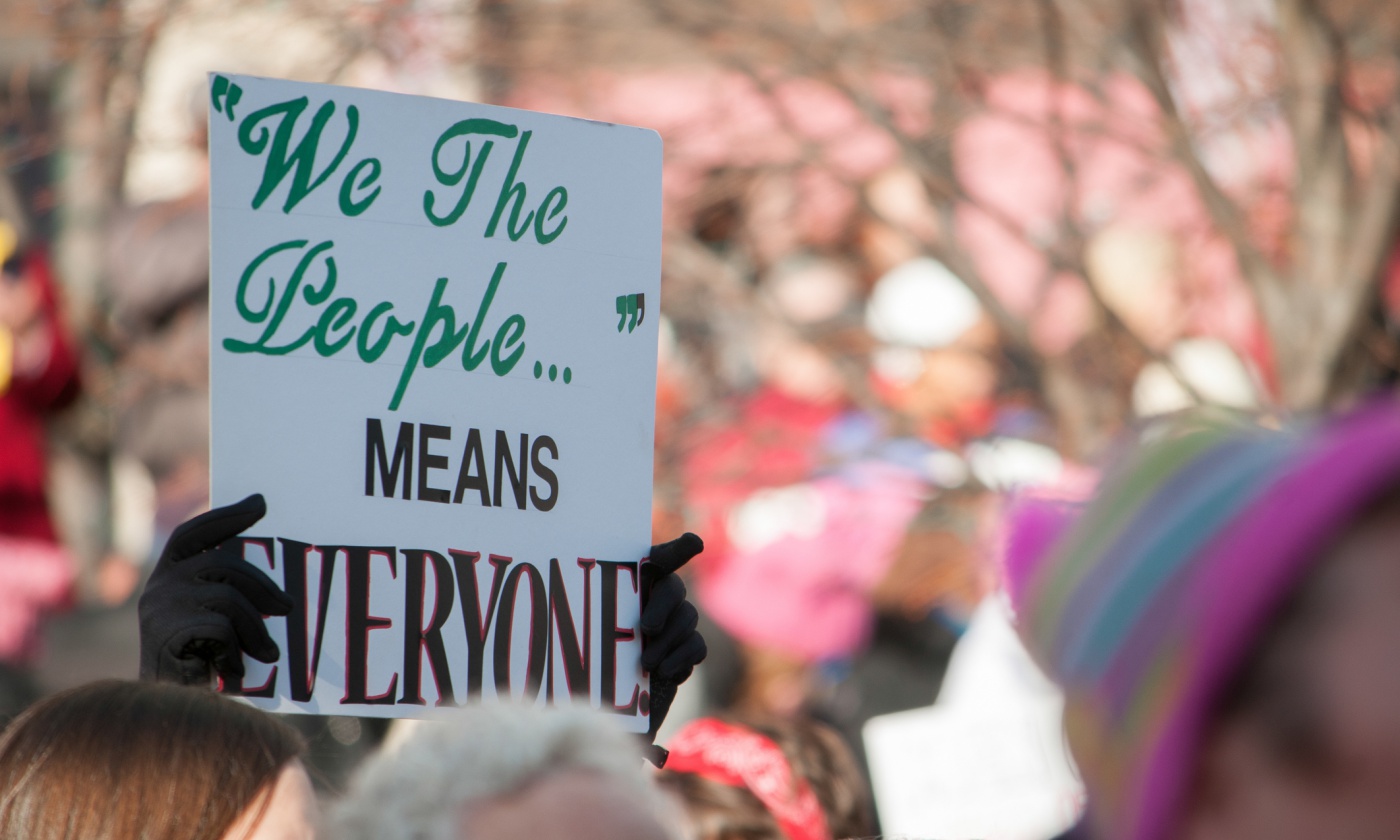 Economic power is—and always has been—the foundation of political power. Those who control the peoples’ means of living rule.

This is part two of a two-part series. See part one here.

Economic power is—and always has been—the foundation of political power. Those who control the peoples’ means of living rule. In a democracy, however, each person must have a voice in the control and management of the means of their living. That requires more than a vote expressing a preference for which establishment-vetted candidate will be in power for the next few years. My previous column, “Confronting the Great American Myth,” distinguished true democracy from government by the wealthy, a plutocracy. Contrary to popular belief, the U.S. Constitution was written by representatives of the new nation’s wealthy class to keep people like themselves in power. On Jan. 4, the newly elected Democratic majority in the U.S. House of Representatives introduced HR1, the For the People Act of 2019. Its aim is to make voting easier, reduce the influence of big money, and curtail gerrymandering. Even before it was introduced, the champions of having rich people rule were falsely characterizing it as an attack on the freedom of speech of ordinary Americans.

The provisions of HR1 represent an important step in a transition from the plutocracy we have to the democracy most Americans want. Unfortunately, political gridlock assures that HR1 has no chance of becoming law until at least after the 2020 election. Yet the popular yearning for democracy reflected in that bill makes this a propitious moment for a serious conversation about what a true democracy might look like and why it would be a good idea. We stand at an epic choice point for our nation and for humanity. The plutocracy now in place has put us on a path to self-extinction—a future with no winners, rich or poor. We must now seek a path that restores the health of Earth’s regenerative systems while securing equity, material sufficiency, peace, and spiritual abundance for all—exactly the opposite of the plutocrats’ drive to secure the power, privilege, and material excess for themselves. This makes democracy far more than just a good idea; it is now an imperative.

The power of plutocracy depends on keeping the people divided against each other along gender, racial, religious, or other fault lines. The goal is to divert our attention from themselves so that they can maintain their power and continue to amass wealth. Champions of plutocracy would also have us believe that we must choose between two options: capitalism (private ownership and management) or socialism (government ownership and management). They prefer we not notice that in their most familiar forms, both capitalism and socialism feature an undemocratic concentration of control over the means of living in the hands of the few. Democracy is essential for either to work effectively for the benefit of all. Plutocrats generally favor capitalism, because in the extreme form we now experience, it supports virtually unlimited concentrations of wealth and power. Its practitioners are also drawn by capitalism’s ideological claim that unregulated markets will assure that the presumed benefits of a growing economy will be shared by everyone, and so the rich need not bear any personal responsibility beyond maximizing their personal financial gain.

The critical economic and political question for humanity is not whether our means of living will be controlled by corporations or government, but whether control will be concentrated for the benefit of the few or dispersed, with benefits shared by everyone. Support for the needed economic transition can come from many places. Just as people are not necessarily racist because they are White or misogynistic because they are male, people do not necessarily become plutocrats just because they are rich. Many wealthy people work actively for economic and political democracy and support radical wealth redistribution, including through support of progressive taxation and significant taxing of inherited wealth. The political and economic democracy we seek cannot be easily characterized as either capitalist or socialist. It is a system of substantially self-reliant local economies composed of locally owned enterprises and community-secured safety nets with responsibilities shared by families, charities, and governments. Such a system facilitates self-organizing to create healthy, happy, and productive communities. In our complex and interconnected world, this system will require national and global institutions responsive to the people’s will and well-being to support cooperation and sharing among communities, but the real power will be dispersed locally. There would be ample room for competition among local communities to be the most beautiful, healthy, democratic, creative, and generous.

There is no place for colonizing the resources of others or for predatory corporations. These communities will most likely feature cooperative and family ownership of businesses. They will also recognize the rights of nature and their shared responsibility to care for the commons and to share its gifts. The rules of plutocracy evolved over thousands of years. We have far less time to come up with suitable rules for democratic alternatives. That search must quickly become a centerpiece of public discussion.

I Was Wrong About the Rural–Urban Divide

Why Climate Change Belongs in the Health Care Debate

What If We Made the Electoral College Moot?

How the Climate Change Generation Is Redefining Community