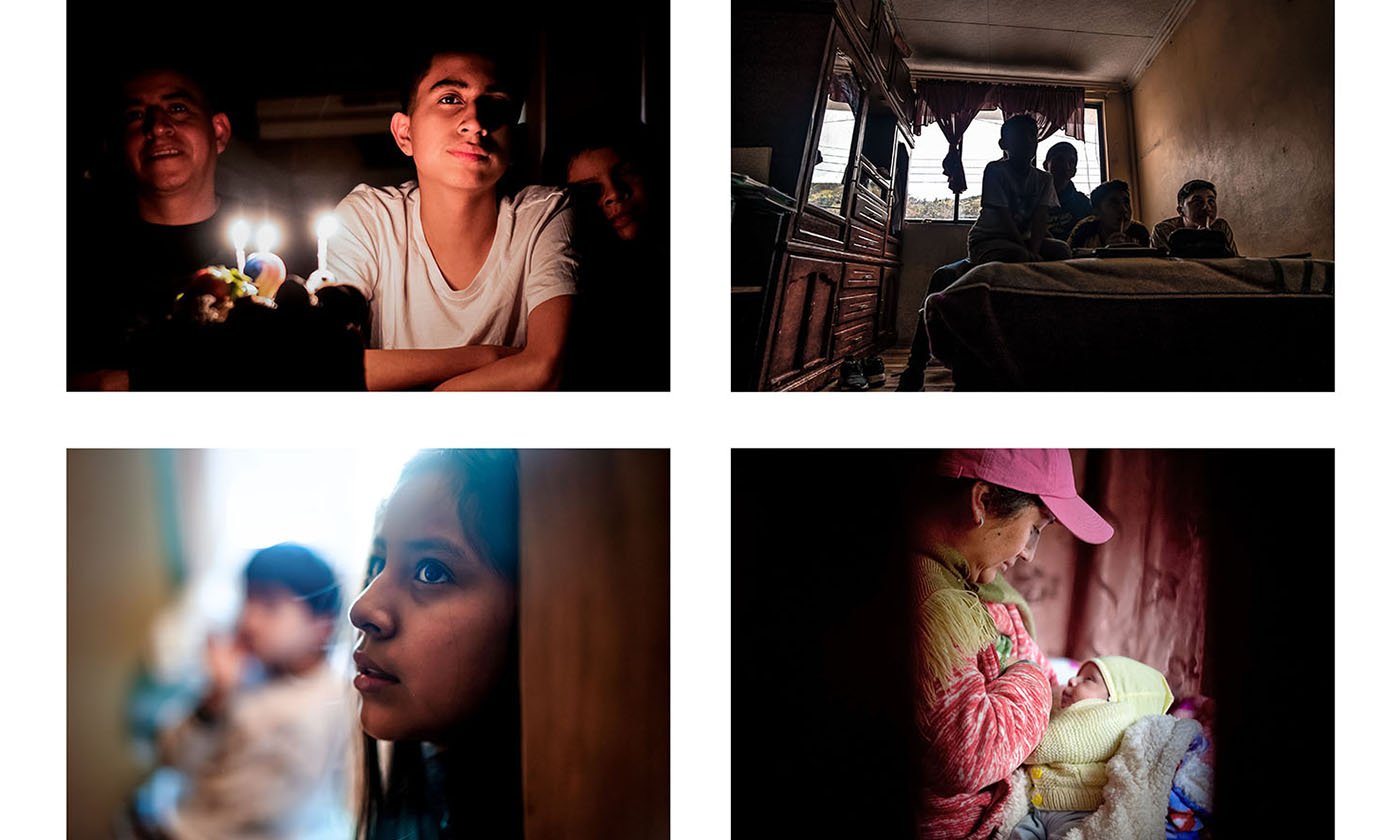 All photos by Jade Sacker.
For some families, seeking better opportunities means leaving behind their loved ones, including children.
By Katherine Uyaguari
5 MIN READ

I understand family separation, and how hard migration is on families. My mom’s dad immigrated to the U.S. from Ecuador in 1994, before my mother turned 15, with the promise he would be back for her birthday later that year. But it never happened. As in many families, those promises were just hopeful words. He worked for 13 years before he was able to bring her to the U.S. legally. And on the day in 2007 that she left Ecuador for the U.S., I became separated from my mother. I was just 5 years old.

She began the legal process to allow her family—my brother, father and me—to immigrate. During these years my mother and sister, who was born here, traveled back to Ecuador to visit. It hurt to get used to having them around for a few days then say goodbye again. Finally, after many obstacles, our papers were approved in December 2011, and we were reunited.

I met photographer Jade Sacker while working at a kids’ program in Tarrytown, New York. Most in the program are from immigrant families. Jade had an idea for a photo project on the experiences of families separated because of their legal status. I volunteered to help her because I knew one of the mothers, Zoila. When she immigrated from Ecuador, she had to leave behind her son, Sebastian. She can’t go back to visit because she is in the U.S. illegally, and she doesn’t want her son to give up his life there to try to enter the U.S. illegally.

I could relate to Zoila and Sebastian.

Jade’s project involved documenting Zoila’s daily life and family here. In April 2019, we flew to Cuenca, Ecuador, to deliver the photos in the form of a book. While there, we did the same thing for Zoila, documenting Sebastian’s daily life. For Zoila’s book, we also traveled to the town where she grew up. Nostalgia was in the air. Listening to Sebastian while he narrated his story brought back memories of how my life was without my mother. Sebastian is 19 now, and has been without his mother since he was 3.  I understand him and his pain. I know exactly all the obstacles people put you through.

I keep in touch with him. He’s studying over there, and Zoila knows if he comes to the U.S. illegally he won’t be able to have his career and the life he plans. Most separated migrant families face this dilemma.

The documentary project helped me to appreciate the opportunities I have and encouraged me to put more effort into my education. The most important lesson is that we should understand the pain of leaving children behind. People should understand the high cost to immigrant families who want to give their kids a better future. I feel so fortunate to be reunited with my family.

Left, the street where Zoila and her family live in Sleepy Hollow. They rent a one-bedroom apartment on the top floor of a traditional home. Their landlord does not keep up with repairs. It is becoming common for landlords to let their properties fall into disarray as the area becomes increasingly attractive to affluent people looking to move outside of New York City. Right, a mountain-scape along the drive between Guayaquil and Cuenca, Ecuador.

Left, Zoila and her youngest son, Jayden, embrace after a karate ceremony. Jayden was supposed to move onto the next belt but was unable to progress because he forgot to complete a written task. Right, Sebastian looks out the window of his bedroom in Cuenca, Ecuador. He recently moved into his aunt and uncle’s house so he can go to the nearby university.

Left, Jayden watches TV in the living room of his home in New York, where his parents sleep. Right, Zoila’s mother looks out over her property in rural Cuenca.

Left, Dylan in the bedroom he shares with his two younger siblings, Jade and Jayden. Right, the lot outside the wet market where Zoila’s family works.

Left, Sebastian walks among the grass, where he sometimes herds his family’s cows for grazing. Right, Jade and Jayden play at their favorite park along the Hudson River.

Left, Zoila watches Jade and Jayden’s Karate tournament. Right, Zoila’s sister’s new home, under construction, near where they grew up in Cuenca, Ecuador.

Left, Jade plays at the park near her home. Right, Zoila’s mother works on the small farm on her property.

Left, Dylan, on his 14th birthday, about to blow out the candles to his cake. Right, Sebastian watches a Marvel movie with his cousins in his aunt and uncle’s home above the small, roadside eatery where they work.

Left, Jade in her family’s living room, which also serves as her parent’s bedroom. Right, Zoila’s sister with her newborn baby in Cuenca.

Left, Zoila’s mother builds a fire outside her former home, demonstrating how she kept her children warm during the winters without electricity. Right, a portrait of Zoila in her home.

Left, the American flag flies near the Hudson River in Sleepy Hollow, a predominantly Hispanic and African migrant community. Right, a cross of roses hung with deflated balloons that hangs in the shelter where Zoila grew up as a child in Ecuador.

5 Ways Immigrants Are Leading the Way in the U.S.

What Is the U.S.-Mexico Border to Indigenous Peoples Who Have Lived There?