The Dirt Issue: From The Editors

Why the “Dirt” Issue?

The Dirt Issue: From The Editors

Why the “Dirt” Issue?

Late last fall, after some gusty wind blew most of the leaves from the bigleaf maples in my backyard, I went outside to inspect our garden. In the raised beds, bare tomato plants, brown from the cold weather, were still in the ground, now buried under orange and yellow leaves. After a few days of rain, those leaves would turn an unattractive brown. I had the urge to grab a rake and shovel and start cleaning up.

But why did I want to make my backyard soil look less dirty? Raking up the leaf mulch and uprooting last season’s veggie plants would rob the soil of a necessary layer of carbon, nitrogen, and microbes — and me of the benefits of cultivating and connecting with rich, living soil.

“What is the consequence of equating dirt — soil — with all things negative and poor? How did this happen, how could it change, and what would that look like?” one reader asked us as we were planning this issue on soil. Given the negative connotations we generally apply to the word “dirt,” it was a good question. Other readers questioned our use of “dirt” when referring to living soil. We realize that scientifically the terms aren’t interchangeable, but we were inspired to consider how our negative associations with dirt affect our connection with soil. What if we saw all dirt as valuable, beautiful? Welcome to the Dirt Issue.

To research this issue, one of the people I spoke with was Timothy Crews of the Land Institute in Salina, Kansas. His team is developing perennial grains as an alternative to annual crops. He said industrial agriculture can create “highly disturbed systems” that don’t resemble natural systems. Highly disturbed — like my backyard after I clean it up, I thought. Soils are developed under deeply rooted perennial vegetation, Crews said. Large disturbances — like floods or fires — might knock an ecosystem back, but these events are usually brief. Soon, perennials resprout, soils rebuild, and fertility rebounds.

Industrial agriculture clears lands of forests and native vegetation. We plant acres of monocultures and leave fields bare over winter, eroding soil and depleting it of nutrients. Agricultural soil degradation alone is projected to decrease food production by 30 percent over the next 50 years. In cities, we pave over as much dirt as possible, physically separating ourselves from nature and eliminating soil’s services of flood control and water infiltration and storage. We leak industrial toxins, spray synthetic chemicals — more often in and around poor neighborhoods and communities of color.

This disconnection is systemic, food justice activist and author Raj Patel told me during my research. “It’s important to recognize that soil has a history, that it has been mined of fertility by particular people and practices,” Patel said. “It’d be wrong to dissociate soil health from the health of communities around it.”

So this issue is about what communities are doing to reconnect to soil — which solves many problems at once. Ranchers in California and North Dakota are growing healthy food while sequestering carbon. Through composting, a man in North Carolina is showing his community how to build food security and resilience. In the South, the soil is helping us remember historical injustices.

All good lessons for spring as we get ready to put our hands into the soil. 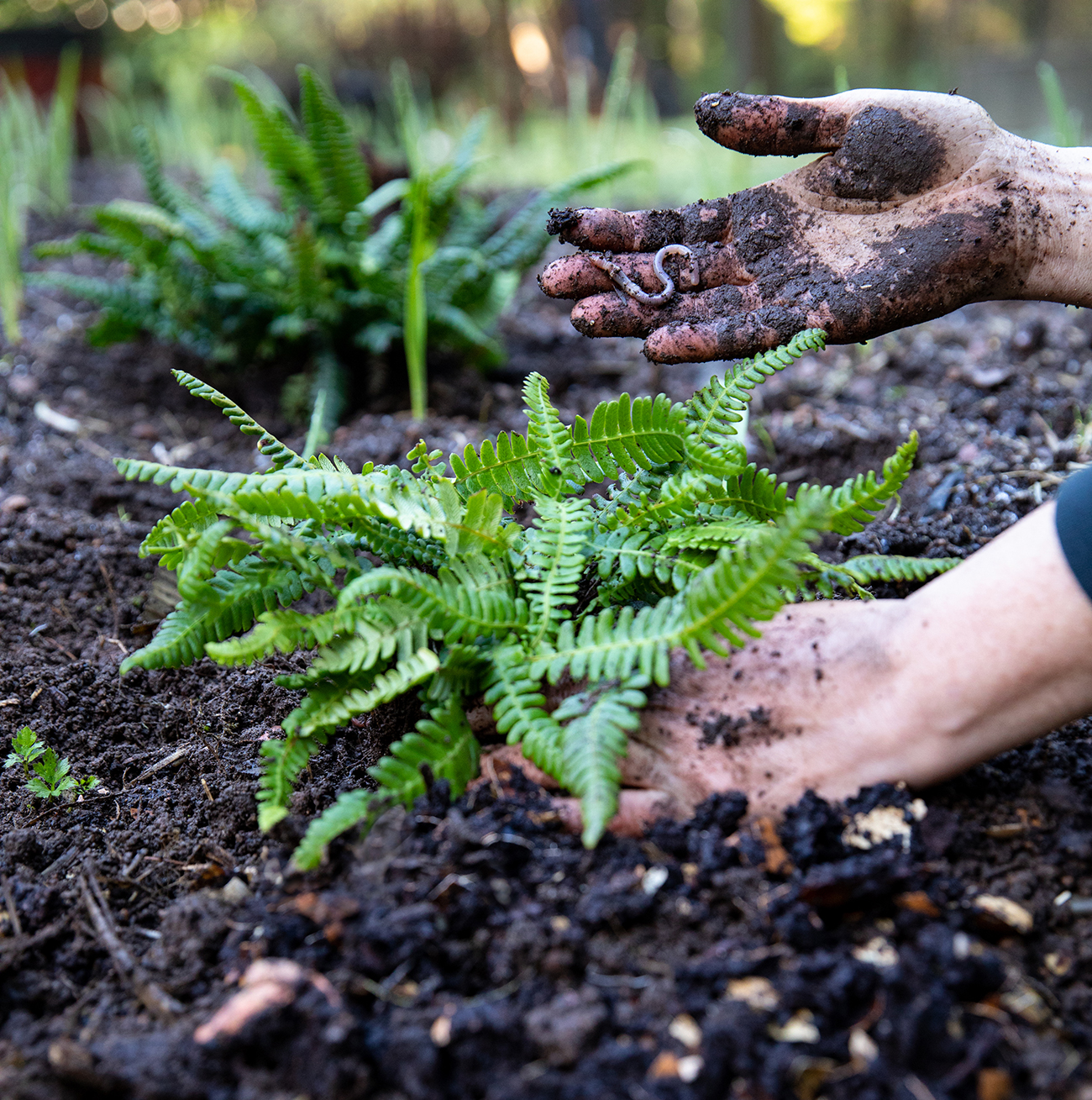