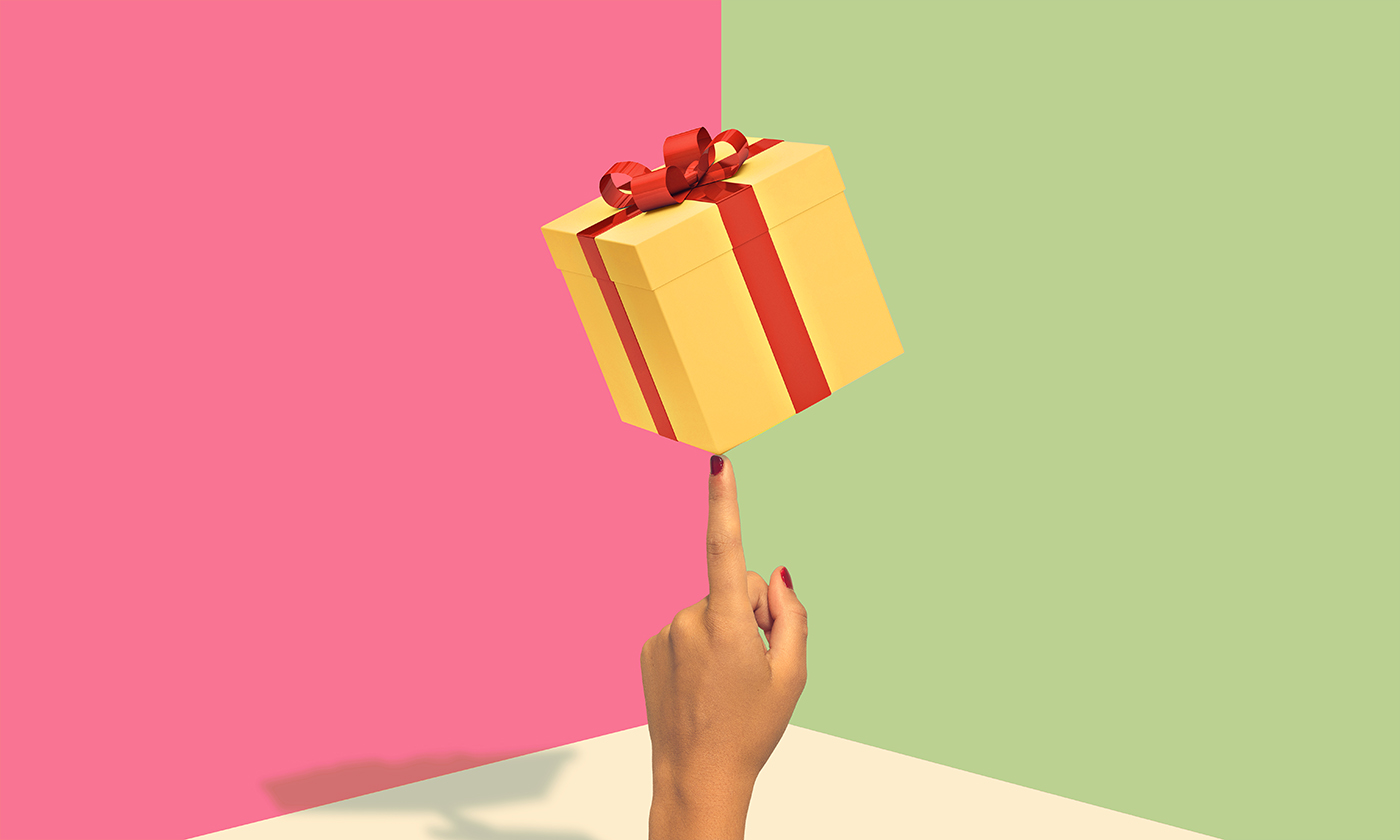 Patronizing large corporations can get us the latest or biggest gadget at a reduced price, but it doesn’t do anything to address the problem of economic inequality.

Ditch the big companies for your last-minute holiday shopping and support these small businesses instead.
By Ayu Sutriasa
5 MIN READ

It’s that time of year again!

Retail stores across the country are decked with twinkly lights and tinsel, advertising “the best deals” to eager shoppers as they scramble to get the perfect gifts for their loved ones (to the tune of “All I Want for Christmas Is You” by Mariah Carey, of course.)

This holiday season, shoppers are expected to spend an average of $1,536 per consumer. Giant corporations like Walmart, Target, and Amazon will take in a great portion of the $1.1 trillion retailers are projected to make. In 2017, during Thanksgiving week alone, Amazon made an estimated $15 billion.

While patronizing these large corporations can get us the latest or biggest gadget at a reduced price, it doesn’t do anything to address the problem of economic inequality.

Imagine if small businesses—particularly those owned by people of color—could garner a larger cut of that trillion dollars. An exec like Jeff Bezos could lose $20 billion and still be one of the richest men in the world. But a bump in revenue for a business owned by Black, Latino, Native, or Asian people could make all the difference for those owners’ communities—which for some of us may even be our own community.

By 2024, the median Black household wealth will have declined by 30 percent, and 20 percent for Latinos.

This, of course, is not to say that this one thing will close the racial wealth gap that continues to grow—there is no single solution. But supporting businesses owned by people of color could help us move in the right direction.

Historically, people of color in the United States have navigated unfair systemic and institutional disadvantages, including economic inequities. Genocide and “Indian removal” of Native Americans, slavery of African Americans, and the internment of Japanese Americans have all had lasting effects on the ability of these communities to build collective wealth.

A report by the Institute for Policy Studies found that by 2024, the median Black household wealth will have declined by 30 percent, and 20 percent for Latinos. Native Americans, who are also affected by the racial wealth gap, are often left out of these conversations—simply because not much data exists on their communities. However, Native American families can have poverty rates up to twice the national average, according to the institute.

So what, as individuals, can we do?

But, often, it’s because we don’t know about them that we don’t shop at businesses owned by people of color. However, simply searching Google, or asking for a recommendation from a “friend” or “follower” on social media can help.

Here are eight businesses that you can choose to support this holiday season (and all seasons).

Know anyone who suffers from insomnia? Everyone deserves a good night’s sleep, and that’s exactly what Goodnight Darling Co. wants for us all. Founder and “chief sleep officer” Aycee Brown struggled with her own relationship with sleep, so she researched different solutions, and created a luxury self-care brand with products to help tired folks everywhere get some shut-eye.

If you’re looking for something unique and creative to give someone this year, check out Kashmir Thompson’s work. A painter inspired by pop culture, Thompson creates work that is bold, fun, and empowering. You can buy her artwork on prints, tote bags, coasters, clutches, notebooks, and mugs. There’s something for everyone (including Beyoncé coasters!)

Tea is the perfect gift for people you don’t know that well but want to buy gifts for—like your co-worker or your bus driver. Owned by herbalist Shanae Jones, Ivy’s Tea Co. offers a number of herbal teas that can replace coffee, relieve flu symptoms, and even help with anxiety. Jones’ teas are organic and locally sourced, and her blends are created with the Black community in mind. Ivy’s Tea Co. is at the intersection of tea and social justice, and every Friday the company donates a portion of its sales to charitable organizations.

If you have to buy a gift for a millennial who is passionate about social justice, this is the perfect place to do it. The Green Box Shop was started by Kayla Robinson when she realized the market was lacking in cool social justice T-shirts. Now, the online boutique offers T-shirts, hoodies and water bottles with bold statements like, “Deport racists,” “You were brainwashed into thinking European features are the epitome of beauty,” and “The only minority destroying America is the rich.”

Founded by Native siblings Rico and Crystal Worl, Trickster Company carries a variety of products, from clothing to jewelry to home goods. They aim to promote “innovative Indigenous design” with their products, with a focus on art of the Pacific Northwest cultures. Trickster company is part of a larger group of Native creatives who are, “pushing the economy of Native art into the modern era.”

Founded by Mexican-born artist and designer Ilse Valfré, this Los Angeles-based company offers clothing and accessories perfect for anyone who does not subscribe to the status quo. After getting rejected by magazines and editors, Valfré took to social media to share her artwork, and slowly began amassing followers. Her work is inspired by her love for comic books, and her distinct style can be seen in every product—such as her take on the Lotería, the Mexican game of chance, printed on shirts and tote bags.

Friends and family with a sweet tooth will appreciate cookies made by Cory Nieves, 14-year-old CEO of Mr. Cory’s Cookies. His entrepreneurial spirit started young, at age 6, when he decided to sell hot chocolate to save money for a car—because he didn’t want to take the bus to school anymore. Eventually, he started selling cookies, too. Cory and his mother Lisa Howard, COO of Mr. Cory’s, experimented until they found the perfect cookie recipe, a cookie worthy of building an empire.

At the intersection of Native American history and pop culture is The NTVS (the natives). Founded by Natives Aaron Silva and Sam Rosebear, this urban clothing and accessory company is meant to preserve the importance of Native culture and history in today’s modern world. Their team is made up of people from various tribes—even their artists and models are Native. Some of their designs have deep meanings and address serious issues, like their “My culture is not a costume” shirt, while others are lighthearted and humorous, like their Stormtrooper helmet design with a Native twist. They even have a “stocking stuffers” tab on their website to make holiday shopping that much easier.

Dear White Women, Try On Our Struggle Instead of Our Looks