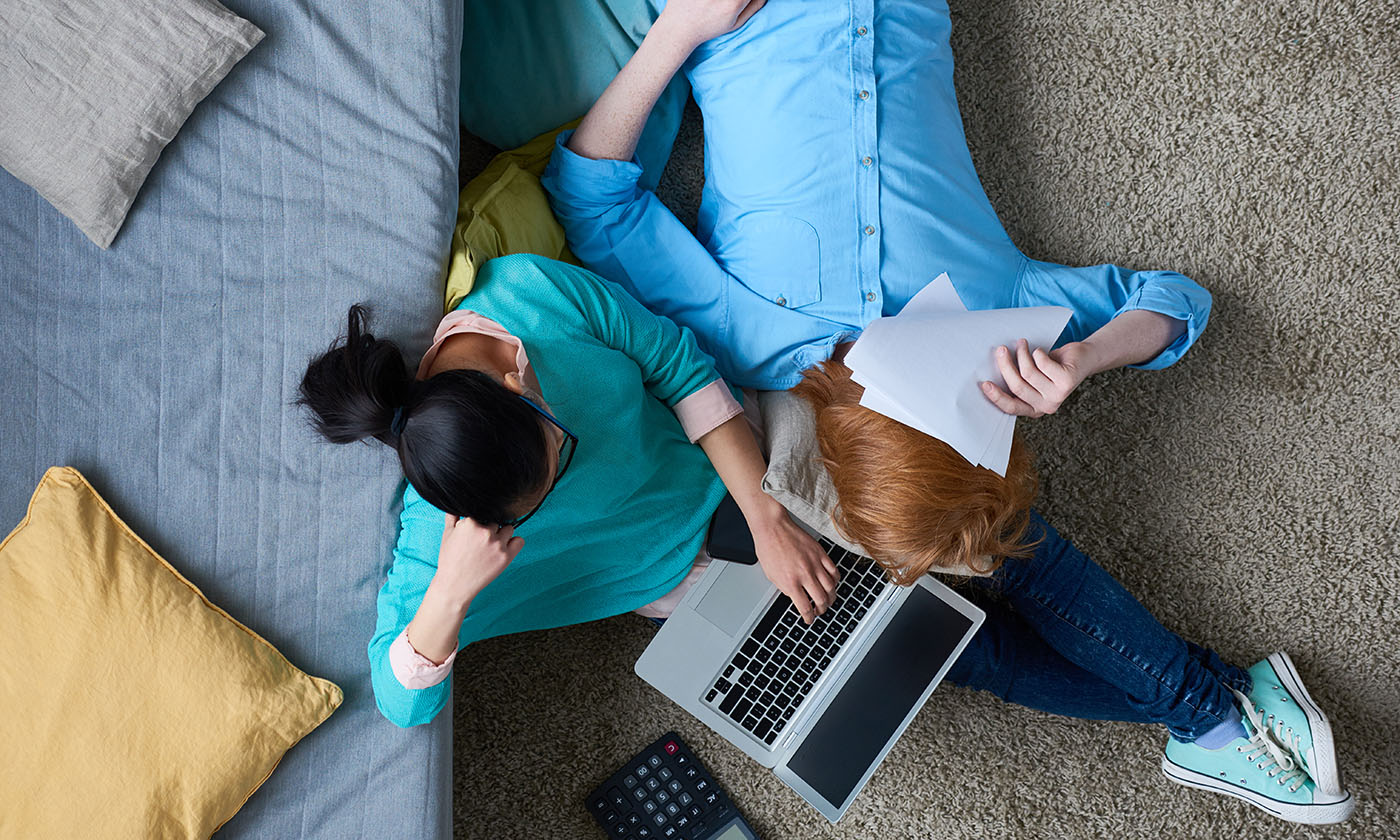 There are more than 42 million federal student loan borrowers carrying about $1.4 trillion in student loan debt, according to the U.S. Department of Education.

In the last 10 years alone, the number of people like me who owe at least $100,000 in student loans has quadrupled. But here’s how we can cope.
By Jennifer Billock
5 MIN READ

At the beginning of May, I checked my total student loan balance and saw something incredibly frustrating. I’d been making payments for about seven years, and instead of the total going down, it had risen by $6,000. What started at about $85,000 in loans for both undergrad and graduate school has now ballooned into something completely unmanageable: $119,300. That’s more than I owe on my mortgage.

I’m worried. I think about money all the time and obsessively check my bank account. I’m just waiting for one emergency to happen that will force me to declare bankruptcy. It’s like a constant shroud of anxiety hanging over me, leading to frequent panic attacks and unavoidable depression. And I’m not alone. In the last 10 years alone, the number of people owing at least $100,000 in student loans has quadrupled.

There are more than 42 million federal student loan borrowers carrying about $1.4 trillion in student loan debt, according to the U.S. Department of Education. NerdWallet has estimated 45 percent of graduates in the class of 2018 will leave school in debt.

Emily Farris of Missouri is one of them. She owes about $75,000 from her undergraduate degree at a private school in New York. The debt is something she and her husband struggle to manage.

“I make good money at my day job, but with this much debt, I have to work multiple jobs, and my husband and I keep putting off having a second kid,” Farris says. “Unfortunately, now I feel like it’s futile to even try to financially crawl out of debt. Because of our student loans, it’s just never going to happen. I have a very negative outlook on money, and make poor decisions because of it.”

Farris’ situation is quite common. Florida-based freelance writer Nicole Graham has the same struggle, owing $65,000 in student loans she accrued while getting her bachelor’s degree in creative writing. Her payments add up to almost the amount of her monthly mortgage payment. Kristin Diversi of Colorado, who owes about $170,000 from a master’s program in nutrition and food science, can’t save for the future, nor can she plan for children. And Jacqui Ryan of Los Angeles ran up $125,000 in debt from graduate school and says she is overwhelmed with anxiety.

“I have been paying this debt for nearly eight years now, and somehow I owe more now than when I graduated,” Ryan says. “I don’t know how else to describe that except that it’s a feeling of hopelessness.”

“Student loan debt is not something you can get away from.”

The common thread is that none of us see the principal balance going down. Nearly all of every payment goes to interest, and the amount owed just increases nonstop. It’s suffocating.

Those of us with massive student loan debt don’t have to suffer in silence. We can take small steps to better our situation—which is especially important when you don’t have enough income to cover all your bills. On the financial front, that means doing what you can not to take on any extra debt, to live as lean as possible and avoid credit cards. Get rid of cable and instead spend your evenings reading or watching broadcast TV or movies. Find some roommates or try to get a second job.

Anne Malec, founder and financial therapist at Chicago-based Symmetry Counseling, says the best course of action is to educate yourself completely about your situation. “A lot of anxiety comes from the unknown,” she says. “I encourage people to become completely educated in how much they owe, what their options are for paying it back, and to work with their lenders on payment plans. Our anxiety will diminish if we feel like we exhibit some level of control over this problem and that we can take steps.”

Katie Ross, education and development manager at American Consumer Credit Counseling, agrees, and suggests trying to pay off the smallest loans first. It’s called the snowball method—first you pay the small loans, and once they’re paid off, you add that amount to your other loan payments. You’ll knock them down one by one that way. It takes a lot of budgeting, but it can be done.

Unfortunately, that’s one of the only ways to manage this type of debt. “Student loan debt is not something you can get away from,” says Bruce McClary, vice president of communications at the National Foundation for Credit Counseling. “You can’t include it in a bankruptcy. You can’t just drop it and let it go away or hide from it. It’s with you until you pay it off. Which really sets it apart from any other type of debt. That’s probably not the most comforting thing to say. But it’s all about progress in small steps.”

In the meantime, focus on bettering yourself through self-care.

In the meantime, focus on bettering yourself through self-care. Jacqui Ryan goes to therapy, exercises, and does yoga to help mitigate her anxiety. Kristin Diversi suggests channeling stress into advocacy for student loan and universal free education so more people don’t end up in the same situation. And Emily Farris notes that one of the easiest ways to take some of the pressure off is to set up a recurring automatic withdrawal to make for payments, sidestepping the worry associated with logging in and seeing your massive debt amount every time you want to pay your bill.

There are also some low-cost, app-based options. Givling, for example, is a crowdfunding app that uses a trivia game to raise money to put into a fund that can pay off up to $50,000 of someone’s student loan. Who gets their loan paid off is based on a point system driven by how long and how often someone has played the game. Another app, ChangEd, costs $1 per month to link to your bank account. It rounds up every purchase to the next dollar and diverts the overage into an FDIC-insured bank account. Once that account hits $100, ChangEd makes a payment to your loans.

If therapy is part of your strategy to mitigate anxiety, save yourself cash by going online. With TalkSpace, you can consult with a therapist on a digital platform for as little as $49 per week, and you don’t even have to get out of your pajamas if you don’t want to. Apps like iPrevail and 7 Cups also will let you commiserate with a trained listener for free.

As for me, I’ve pretty much resigned myself to the fact that I’ll be paying my loans for the rest of my life, unless I somehow become a millionaire. I’m in therapy, and I play Givling with a distant hope that one day I’ll have played enough to have my loan be the one funded. But until then, I’ll just be plugging away trying to make ends meet while avoiding default.