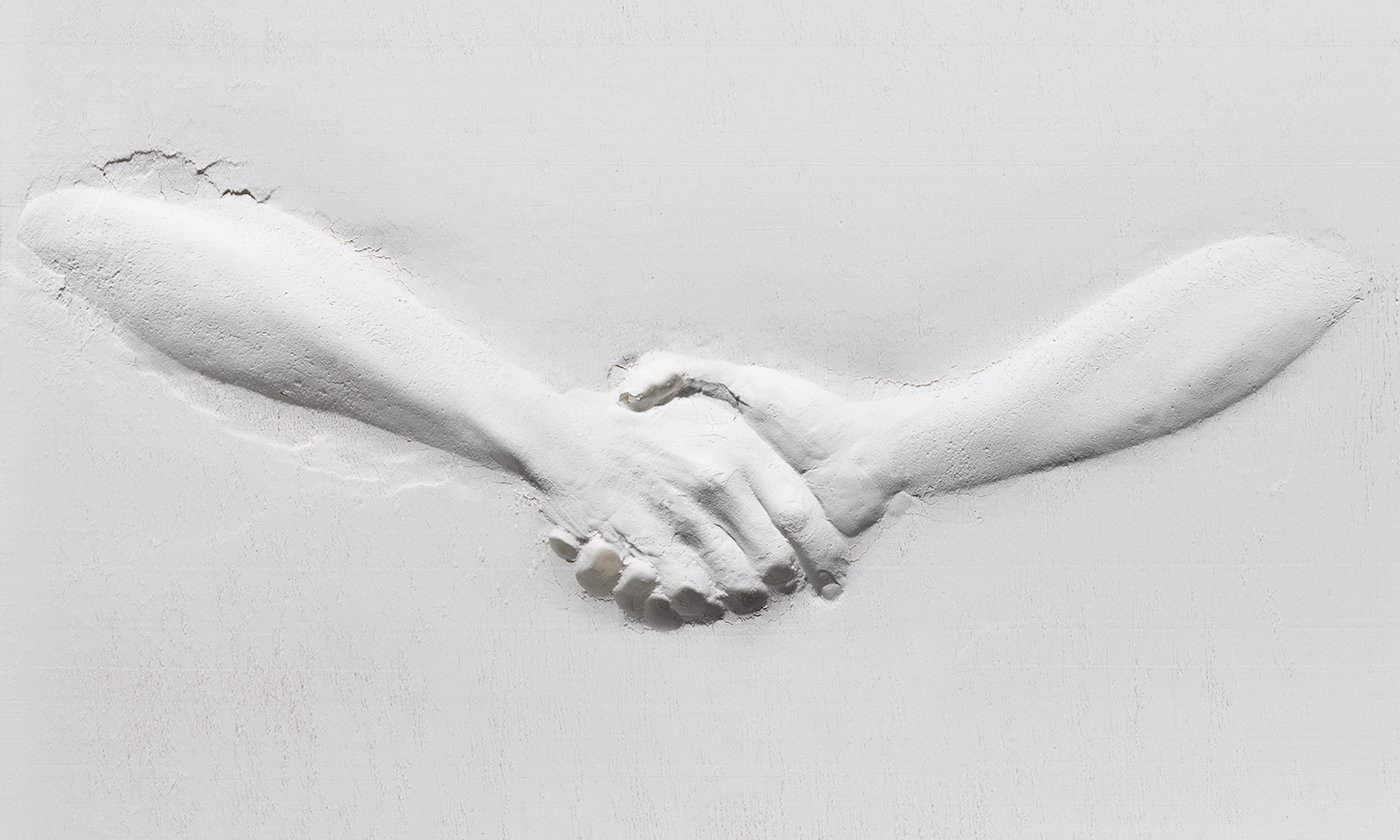 The traditional handshake, once part of our daily interactions, is now defunct. I wonder if that form of introduction is gone forever.

Why do we even shake hands in the first place?

While derivations vary, some think the practice dates back to 5th century B.C., where two men upon meeting would reveal their hands to ensure they were not concealing weapons. Perhaps this greeting already needs an upgrade.

Secondly, shaking hands seems predominantly to be a man’s thing. Really. Most of those famous pictures of leaders and celebrities shaking hands were symbolic of strong men in special times, nary a woman anywhere in this movement. Even Rosie the Riveter is flexing her fist solo, not forcing it into someone’s hand. This greeting is reminiscent of an outdated regime and old boys’ club, and not one where women naturally enter into the circle. I never knew how firmly to hold a stranger’s hand and still be respected.

Perhaps another reason to modify this salutation is that it isn’t inclusive. Numerous cultures frown upon the handshake or find it inappropriate. Touching, especially between opposite genders, can be delicate. Muslim countries and certain sects of religions often don’t want their women to have any physical contact with men. In the era of the #MeToo movement, unwanted contact has been brought to the forefront. A forced handshake is an imposition.

Many Asian countries are also averse to shaking hands and public displays of affection in general.  Greeting with a deep bow or placing two hands in prayer position to say namaste is the preferred method when meeting someone.

The long-term effects of this deadly virus are yet to be determined, but one thing I believe is that we will never shake someone’s hand again. Can you remember the last hand you did shake before it became taboo? Mine was a polite stranger offering up his hand in the neighborhood, introducing himself to me with the words, “If you ever need anything, let me know.” A simple act of kindness that may have infected me.

That was the last time I touched someone’s hand. In the weeks that followed, I did as others did, I tried the elbow touch. It felt awkward. I don’t yet know how this type of greeting will be replaced: a bow, a namaste, a ’sup. But we as a society will have to come up with our own Vulcan salute to signify the post-corona era.

I remember my last kiss and hug, too, and I hope those types of greetings make a comeback one day soon. As for the handshake, that may be something we’ll only see in old TV shows and movies, reminding us of a time before the world changed and before we knew what the smallest of proteins were capable of.

Greetings as we once knew them will be something we must unlearn. No more high fives, cool snappy hand greetings, or fist bumps. This novel coronavirus pandemic is our farewell to the handshake, a symbol of trust and connection for thousands of years.

While I personally won’t miss the handshake, I will miss the world I once knew where we weren’t distant or void of touch.

Enough Finger-Pointing: That Kid in the MAGA Hat Is My Kid! (He’s Yours, Too)

On Reparations, the Question Isn’t If, but When and How