Lesbians of Color contingent protesting in West Hollywood on July 1, 1979.

It wasn’t the first time queer folks fought back, but it was a rallying cry for the next wave of gay liberation.

We Are Everywhere, from the creators of the popular Instagram account @lgbt_history, is a large-format tribute to the fight for queer liberation. Featuring more than 300 documentary images of activism in the decades preceding and following the Stonewall Riots of June 1969, the book presents an inclusive, intersectional, and challenging view of queer history. In this excerpt, frustration with police violence at the Democratic Convention in Chicago sets the stage for Stonewall—a riot in direct response to business-as-usual harassment.

The Democratic National Convention riots radicalized Leo Laurence, a “tiny, angry man” who returned to San Francisco with promises of a “Homosexual Revolution of ’69.” Attacking the city’s gay establishment, Laurence served briefly as editor of Vector, the magazine of the Society for Individual Rights (S.I.R.), though he was removed after he and his lover, Gale Whittington, publicly lambasted S.I.R. as “middle-class bigots,” urging other gays to come out. Whittington lost his job at the States Line Company as a result of the publicity.

Declaring “war on both gay and straight establishments,” Laurence founded the Committee for Homosexual Freedom (CHF)—which Jim Kepner described as “the first full-fledged Gay Lib type group”—in April 1969. For months, the group picketed the States Line Company and other antigay businesses, but by Friday, June 27 one CHF member was so frustrated with nonviolent tactics, he predicted confrontations with police.

In the early hours of Saturday, June 28, New York’s Craig Rodwell was heading home from his Greenwich Village bookstore when he saw a crowd gathered outside the Stonewall Inn. Although Rodwell hated the Stonewall—a Mafia-run, police-harassed, condemnable hole in the wall—this felt different. When police had raided the bar a few nights before, no crowd had gathered; in fact, people ran from Deputy Inspector Seymour Pine, as they had during the five other bar raids in the Village that month. No one mingled while cops attacked a popular cruising area at the docks on June 3, nor did anyone stand around as vigilantes descended on a cruising park in Queens on June 20. 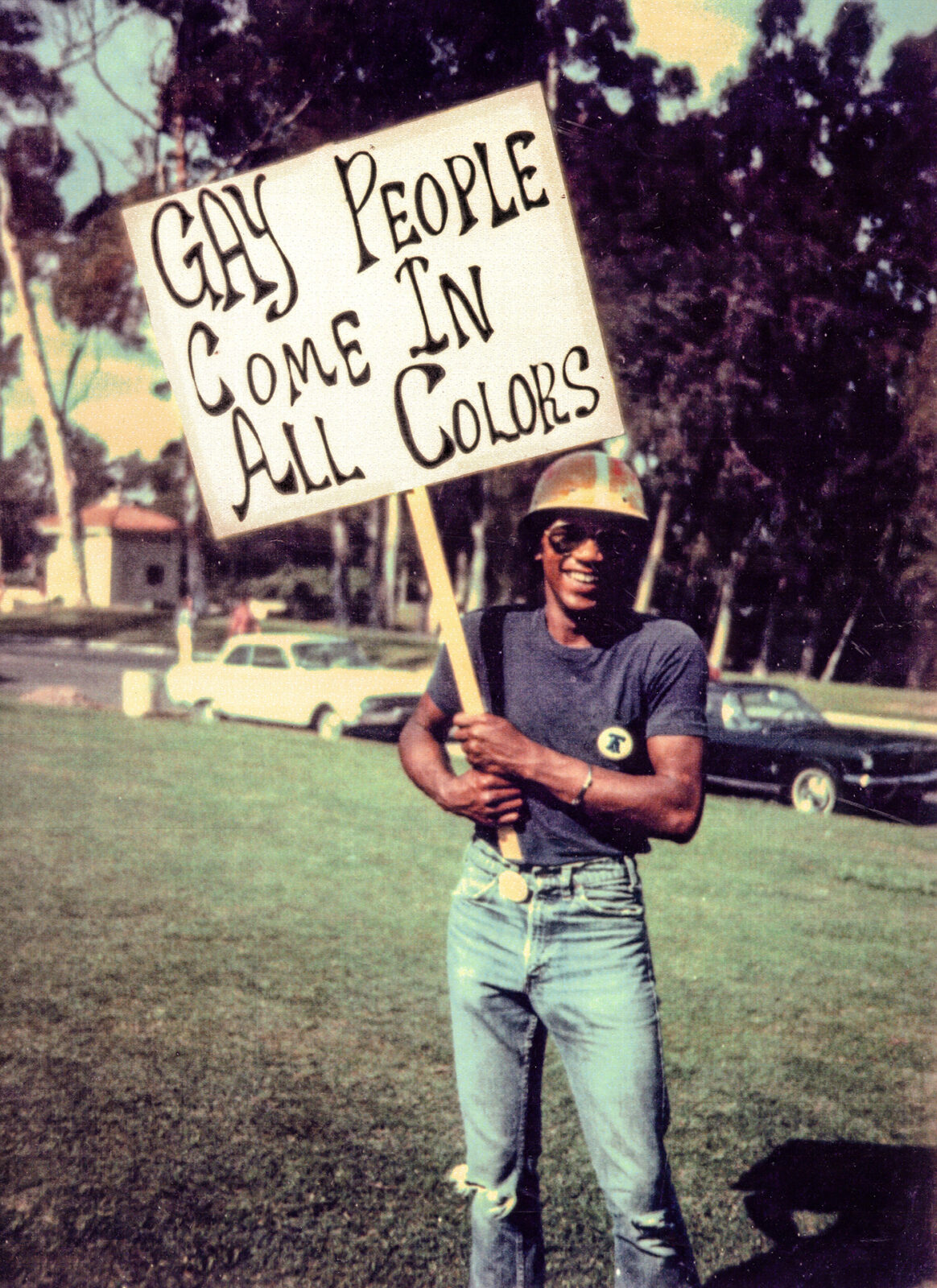 Impromptu public gatherings by and for queer people didn’t happen in 1969, and by collecting on the street outside the Stonewall, “people deviated from the script.” For Rodwell, who’d participated in virtually every homophile demonstration on the East Coast since 1964, “everything came together at that one moment,” as a simple bar raid backfired into a five-night melee during which queers beat the cops back into the very bar they’d tried to clear; a butch dyke’s efforts to avoid arrest triggered a shower of coins, bricks, and Molotov cocktails; the famous “Stonewall Girls”—a kick line of young street queens—taunted the militarized Tactical Police Force through the neighborhood’s narrow streets; Marsha P. Johnson climbed a lamppost and dropped a heavy object onto the windshield of a police car; chants of “Liberate Christopher Street!” and “Gay Power!” echoed through the Village; and Allen Ginsberg told Lucian Truscott that the newly militant gays had “lost that wounded look that fags all had 10 years ago.”

The sense of solidarity, empowerment, and liberation coursing through Greenwich Village was overwhelming.

The sense of solidarity, empowerment, and liberation coursing through Greenwich Village was overwhelming. “From going to places where you had to knock on a door and speak to someone in order to get in. We were just out on the streets,” Chris Babick recalled. “Can you imagine?” For Joan Nestle, who remembered holding her girlfriend’s hand on Christopher Street the weekend the riots started, it felt “like the world, really, had been turned upside down.”

The events of 1969 collectively known as the Stonewall Riots* were not, by any definition, the “start” of Gay Liberation, nor did they mark the “first time” queer people fought back, physically or otherwise. To emphasize Stonewall, Dorr Legg said, is to act “as though there weren’t 20 years before of a hell of a lot of hard work by hundreds and hundreds of dedicated people who put their lives and their jobs and everything else on the line.” What set Stonewall apart, though, was that activists now had a nationwide infrastructure to spread the story. The tale was used, from the beginning, to build the movement, and the riots must therefore be “viewed as an achievement of gay liberation rather than as a literal account of its origins.” Put another way, as sociologists Elizabeth A. Armstrong and Suzanna M. Crage argue, what “many people assume to be a basic fact about the gay movement—that it started with Stonewall—is a story that the movement successfully promoted.” Nonetheless, activists like Craig Rodwell, Martha Shelley, Dick Leitsch, and Bob Kohler drew on experiences from other social justice movements to harness the queer energy flooding Greenwich Village as the riots unfolded. History’s focus on the crowd’s physical aggression often diminishes the organizing that took place on Christopher Street. Those passing out pamphlets, in other words, are as historically significant as those throwing bricks.

“DO YOU THINK HOMOSEXUALS ARE REVOLTING?” screamed one pamphlet. “YOU BET YOUR SWEET ASS WE ARE.” Another leaflet announced a “GAY POWER” meeting set for July 9.

In a 1985 critique, theorist bell hooks argued that feminist consciousness-raising had failed to “continually confront women with the understanding that the feminist movement to end sexist oppression can be successful only if we are committed to revolution, to the establishment of a new social order.” The movement itself was not a revolution, she said, it was a rebellion, which is “a stage in the development of revolution … represent[ing] the assertion of their humanity on the part of the oppressed.” By creating sustainable communities and customs, rebellions, which generally begin with individual acts of unplanned violence or tumult, “break the threads that have been holding the system together.” Riots start rebellions, in other words, and rebellions can lead to revolution.

To call the Stonewall Riots a “rebellion” therefore feeds the historically inaccurate narrative placing Stonewall as the moment when “everything changed.” In fact, the riots didn’t change everything; it was the work inspired by the riots—the rebellion—that proved paradigmatic.

Excerpted with permission from We Are Everywhere: Protest, Power, and Pride in the History of Queer Liberation by Matthew Riemer and Leighton Brown (Ten Speed Press, 2019.)

*Although some writers and activists refer to the events around Stonewall as either the “Stonewall Uprising” or the “Stonewall Rebellion,” we consciously use “Stonewall Riots.” As an initial matter, Webster’s defines riot as “a violent public disorder … specifically: a tumultuous disturbance of the public peace by three or more persons assembled together and acting with a common intent,” a definition that, by all accounts, perfectly summarizes Stonewall. Uprising, on the other hand, is “a usually localized act of popular violence in defiance usually of an established government,” and rebellion, which appears to be the most popular alternative to riot in this context, is defined either as “1. open, armed, and usually unsuccessful defiance of or resistance to an established government” or “2. resistance to or defiance of any authority, control, or tradition.”

Frances Moore Lappé: Why I Wrote “Diet for a Small Planet”

A Rhyming Guide to Eclipse Science

Dental Care Where There Is No Dentist