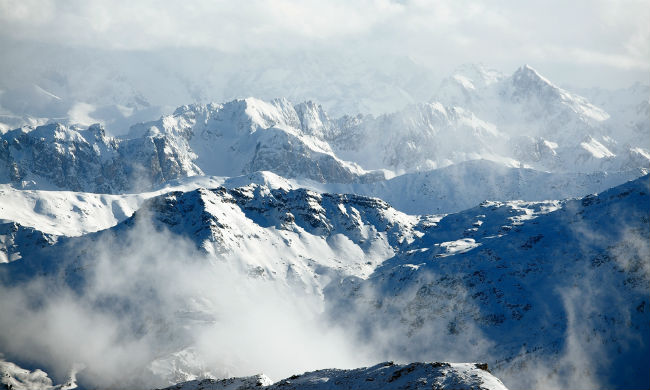 All 143 REI stores will be closed on Black Friday. But what more can the co-op do to live up to its values and transform the conversation in the United States?
By Parag Rajendra Khandhar
6 MIN READ

This article was adapted from Medium.com.

I don’t have a family history of hiking or camping. My parents didn’t have that experience growing up in Gujarat, India.

All 143 REI stores will be closed on Black Friday.

So when I was younger, the most I knew of Recreational Equipment Incorporated (REI) was that it was some kind of competitor to Eastern Mountain Sports (EMS). That’s the extent of it. And it would have remained that way, but for a turn in my career a number of years ago.

I transitioned from being a tenants’ lawyer to practicing cooperative law. After that I quickly came to learn that worker-owned cooperatives are a relatively small but growing part of the U.S. economy, operating in a discrete but not insignificant scale across the nation.

Over time, I learned that REI is a huge consumer cooperative. That means it’s not a public company, but instead has members who receive a percentage of their business with the cooperative as a refund at the end of each year. There is a very low bar for lifetime membership (a one-time $20 fee), which might explain why REI’s 5.5 million active members might not have the sense that they are part of something totally different from an Amazon Prime membership. Each REI member owns a tiny piece of the company, and has a say in governance and some share of the revenue.

After working with co-ops that have 10 to 20 owners, I am staggered by REI’s scale. It has been around for more than 75 years. It has 143 stores, at last count. It is a household name, with fierce customer loyalty and great customer service. REI’s 12,000 employees routinely vote them one of the best companies to work for. And the company reported record annual revenue last year, at $2.2 billion. And in case you didn’t hear me the first time, they have more than 5.5 million active members.

But as I learned more about the spectrum of cooperative economics, I felt like REI was a cooperative in function but not very visible in that community. Was cooperation just a corporate survival strategy for REI? I wasn’t sure.

You may want to turn your volume up for this one. #OptOutside https://t.co/hNHCAvkGVi

The announcement sent ripples through the social media universe. The decision might not have seemed particularly groundbreaking a decade ago, but Stritzke has called it a “radical act” in line with the company’s core values.

Whatever you call it, REI has positioned itself on the vanguard in what could be a pendulum shift in American consumer culture. This seems particularly resonant today, as economic justice has become a talking point on both sides of the political spectrum, and worker-led campaigns for living wages have become an increasingly visible part of the American retail landscape.

Coincidentally, or perhaps not, REI recently unveiled an updated logo that featured “co-op” in it for the first time in more than 30 years. The company has also rebranded its clothing under an “REI Co-op” brand.

Today we proudly introduce a “new” logo that you may find very familiar… pic.twitter.com/bBfJlFVwkN

I remember asking a sales associate what the co-op label signified when I first saw it. Was the clothing made by sewing co-ops? “Well, REI is a cooperative,” she kindly explained.

“Yes, I know that,” I said. “But are these clothes made by worker-owned cooperatives? Is the material coming from cooperative farms?”

That inquiry brings me to today. The paid holiday and statement about excessive consumerism are considered bold in the current—outdated—formulation of American free market economics. But what more can REI do to live up to its values and transform the conversation in the United States about exploitative business-as-usual?

I thought of some concrete ideas for REI, and any other company looking to distinguish itself and attempt values alignment.

REI is a specialty retailer, and its success depends on having the brands people want. However, because of its name recognition and market position, REI can leverage its purchasing power to compel vendors to improve their practices.

What more can REI do to live up to its values?

REI is good at highlighting companies that align with its ethos of loving and respecting the earth. But the track records of those companies with regard to labor conditions are not so great. For example, United Students Against Sweatshops (USAS) launched a campaign in July 2014 to pressure The North Face and Jansport to sign the accord on Bangladesh Fire and Safety. Workers were dying in factories that made The North Face, but the company was unresponsive.

USAS targeted REI as a retailer who might step up, but at the time leadership did not meet with the students to hear their demands. The buzz around REI’s Black Friday announcement is a great opportunity for the company to highlight vendors who don’t abuse or endanger workers, and perhaps support companies that share profits derived from these high-end products with their workers and their communities.

Even if REI claims to have no power over larger companies like The North Face, it can choose responsible vendors across the supply chain for its own branded products.

Imagine the power (and appeal) of clothing that is ethically sourced: from permaculture and agro-ecological growing to living-wage earners who weave, sew, and build the final products. If American Apparel can figure out a way to proclaim that they are sweatshop-free, why can’t REI?

Once it has an ethical supply chain, REI could become the vendor of choice for custom-imprinted outdoor gear. American Apparel and a few other vendors still have the advantage on that market, but REI could move into that area easily—ethically produced branded beanies, anyone?

Like any large business, REI uses many external vendors for various functions—manufacturing, shipping, maintenance, and security. If the work is sourced from worker-owned companies with an emphasis on poor and working-class urban and rural communities, suddenly REI’s impact could be transformative in local economies.

1. Make Black Friday a permanent holiday for employees. An additional paid day off is a great start, but is this a holiday employees can depend upon?

REI can invest in a more equitable economy, locally and nationally

REI has its own assets to invest and could influence the significant assets of its member and consumer base. What if it took those assets and its values alignment to the next level?

REI can invest in mission-aligned cooperative development. Access to startup capital is a significant barrier for most small businesses, but it is even more difficult for cooperatives and communities with limited community wealth. REI can be a leader in a revolving loan fund, such as The Working World, which invests in and supports democratically run companies. REI investment in a loan fund could support zero waste, environmental justice, nonextractive production, and/or renewable energy.

Why can’t REI work with a national credit union to issue their credit card?

REI can also create a way for members to keep their annual dividends in an REI fund. Through a participatory process, members could decide where to invest that money. It could be in new supply chain development, mission-aligned environmental justice and ecology, democratically run organizations, nonextractive financial investments, or other new economy possibilities. If only 25 percent of active members retain an average of $1, that could create a fund or investment cooperative with more than $1.3 million in the first year alone. This could meet numerous goals for REI: It retains REI’s focus on the environment and sustainability, supports transformative companies and organizations, deepens member engagement, and introduces different forms of participatory democracy to the members.

REI can promote credit unions. I have an REI credit card. I’m sure many people do to get points for more REI gear. But the credit card is issued by U.S. Bank. I don’t want to have anything from U.S. Bank, so I’m closing that account. I’ve worked hard to rid myself of the big banks, and this is part of that process. Why can’t REI work with a national credit union to issue their credit card? This would introduce members to benefits of credit unions and financial cooperatives.

There are many ways REI can take advantage of recent attention and shift the conversation from a one-time gesture to more substantive possibilities. We can respect what they have done so far while pushing them to do more, and inviting them wholeheartedly into the active and engaged cooperative family. Their example can help us to start the conversation with other companies and institutions in our communities.

The highest peaks of human cooperation lie ahead, but we must be deeply engaged if we are all to reach the summit.

These Kids Can’t Vote, But They Can Sue