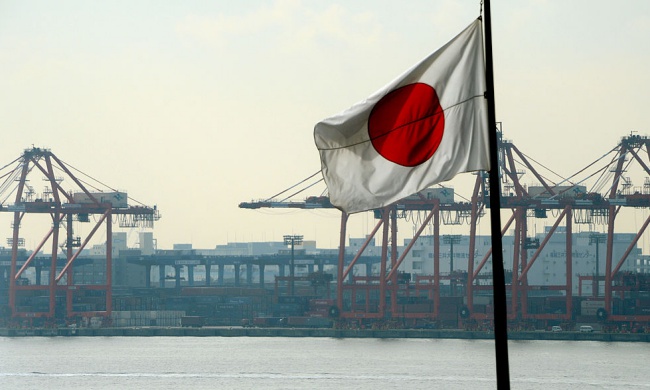 While the U.S. government is busy driving up its debt and the interest owed on it, Japan has been canceling its debt at the rate of about $720 billion per year.

Japan has found a way to write off its national debt without creating inflation. Why can’t we do that?
By Ellen Brown
4 MIN READ

Let’s face it. The U.S. government is never going to pay back a $20 trillion federal debt. The taxpayers will just continue to pay interest on it, year after year.

A lot of interest.

If the Federal Reserve raises the Federal Funds Rate, which is the interest major banks charge each other for overnight loans, to 3.5 percent and sells its federal securities into the market, as it is proposing to do, the projected tab will be $830 billion annually by 2026. That’s nearly $1 trillion owed by the taxpayers every year, and that just covers interest.

Japan has been canceling its debt at the rate of about $720 billion per year.

Personal income taxes are at record highs, ringing in at $550 billion in the first four months of fiscal year 2017, or $1.6 trillion annually. But even at those high levels, handing over $830 billion to bondholders will wipe out more than half the annual personal income tax take. Yet what is the alternative?

Japan seems to have found one. While the U.S. government is busy driving up its debt and the interest owed on it, Japan has been canceling its debt at the rate of about $720 billion per year. How? By selling the debt to its own central bank, which returns the interest to the government. While most central banks have ended their quantitative easing programs and are planning to sell their federal securities, the Bank of Japan continues to aggressively buy its own government’s debt.

An interest-free debt owed to oneself that is rolled over from year to year is effectively void—a debt “jubilee.” As noted by fund manager Eric Lonergan in a February 2017 article: “The Bank of Japan is in the process of owning most of the outstanding government debt of Japan (it currently owns around 40 percent). BoJ holdings are part of the consolidated government balance sheet. So its holdings are in fact the accounting equivalent of a debt cancellation. If I buy back my own mortgage, I don’t have a mortgage.”

Japan had a record low inflation rate of .02 percent in March 2017.

If the Federal Reserve followed the same policy and bought 40 percent of the U.S. national debt, the Fed would be holding $8 trillion in federal securities, three times its current holdings from its quantitative easing programs.

Eight trillion dollars in money created on a computer screen! Monetarists would be aghast. Surely that would trigger runaway hyperinflation!

But if Japan’s experience is any indication, it wouldn’t. Japan had a record low inflation rate of .02 percent in March 2017. That’s not 2 percent, the Fed’s target inflation rate, but one 100th of 2 percent—almost zero. Japan also has an unemployment rate that is at a 22-year low of 2.8 percent, and the yen was up nearly 6 percent for the year against the dollar as of April 2017.

Selling the government’s debt to its own central bank has not succeeded in driving up Japanese prices, even though that was the Bank of Japan’s expressed intent. Meanwhile, the economy is doing well. In a February 2017 article in Mother Jones titled “ The Enduring Mystery of Japan’s Economy,” Kevin Drum notes that over the past two decades, Japan’s gross domestic product per capita has grown steadily and is up by 20 percent.

“Fewer workers means a lower GDP even if those workers are as productive as anyone in the world.”

“It’s true that Japan has suffered through two decades of low growth,” he writes. “[But] despite its persistently low inflation, Japan’s economy is doing fine. Their GDP per working-age adult is actually higher than ours. So why are they growing so much more slowly than we are? It’s just simple demographics… Japan is aging fast. Its working-age population peaked in 1997 and has been declining ever since. Fewer workers means a lower GDP even if those workers are as productive as anyone in the world.”

Joseph Stiglitz, former chief economist for the World Bank, concurs. In a June 2013 article titled “Japan Is a Model, Not a Cautionary Tale,” he wrote, “Along many dimensions—greater income equality, longer life expectancy, lower unemployment, greater investments in children’s education and health, and even greater productivity relative to the size of the labor force—Japan has done better than the United States.”

That is not to say that all is idyllic in Japan. Forty percent of Japanese workers lack secure full-time employment, adequate pensions and health insurance. But the point underscored here is that large-scale digital money-printing by the central bank used to buy back the government’s debt has not inflated prices, the alleged concern preventing other countries from doing it. Quantitative easing simply does not inflate the circulating money supply. In Japan, as in the U.S., it is just an asset swap that occurs in the reserve accounts of banks. Government securities are swapped for reserves, which cannot be spent or lent into the consumer economy but can only be lent to other banks or used to buy more government securities.

The other central banks might do well to take a lesson from Japan and cancel their own governments’ debts.

The Bank of Japan is under heavy pressure to join the other central banks and start tightening the money supply, reversing the changes made after the 2008 banking crisis. But it is holding firm and is forging ahead with its bond-buying program. The Financial Times (subscription required) stated in June that Bank of Japan Governor Haruhiko Kuroda has resisted growing pressure from politicians, markets and the local media to change course on that policy.

Rather than unwinding their securities purchases, the other central banks might do well to take a lesson from Japan and cancel their own governments’ debts. We have entered a new century and a new millennium. Ancient civilizations celebrated a changing of the guard with widespread debt cancellation. It is time for a 21st century jubilee from the crippling debts of governments, which could then work on generating some debt relief for their citizens.

This article was originally published on EllenBrown.com. It has been edited by YES! magazine.