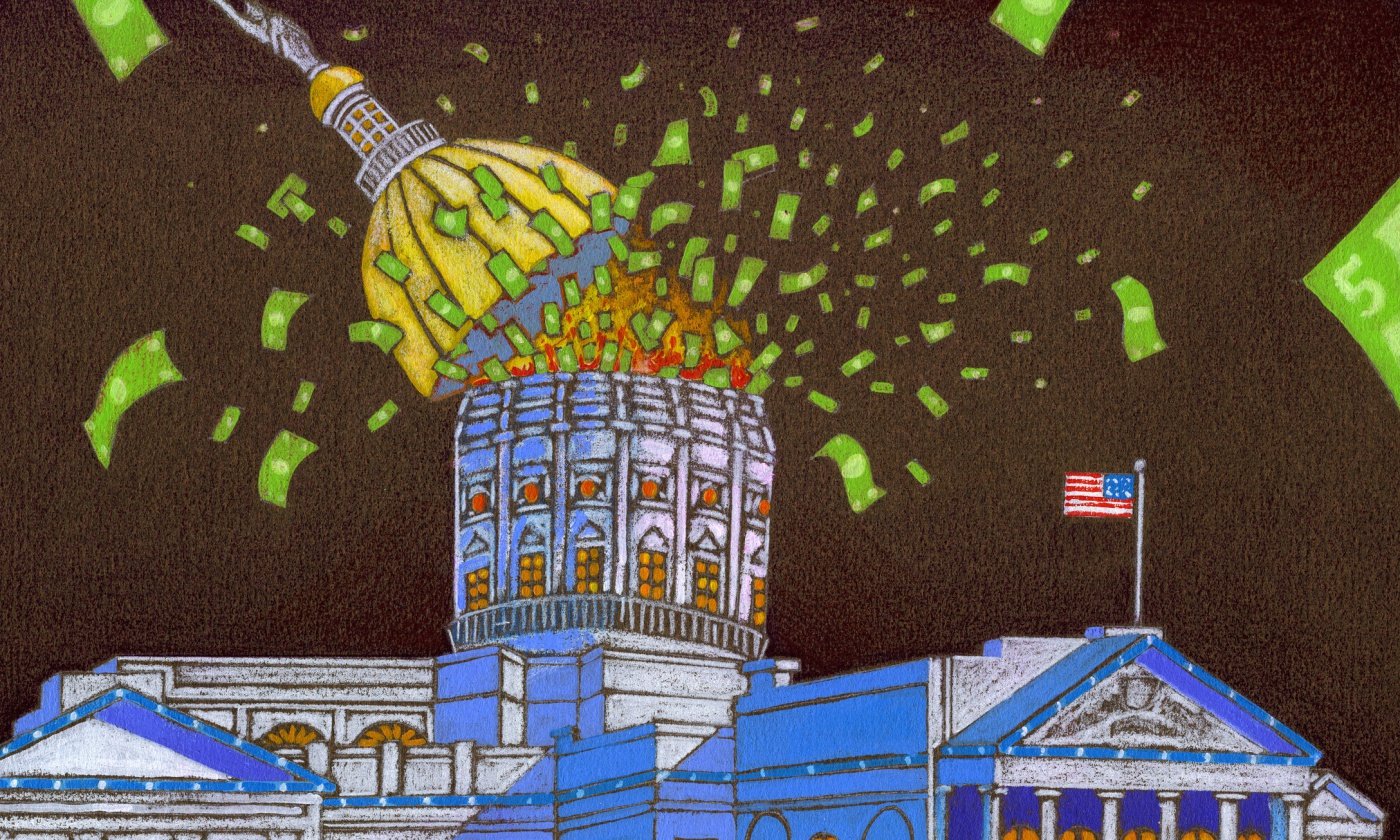 Most Americans are subject to an increasingly harsh and arbitrary capitalism. They need stronger safety nets, and they deserve a bigger piece of the economic pie.

While the wealthy and powerful are coddled with public largesse, the rest of us are thrown into the jaws of an unforgiving economic system.
By Robert Reich
2 MIN READ

“We renew our resolve that America will never be a socialist country,” Donald Trump said recently.

Someone should alert him that America is now a hotbed of socialism. But it’s socialism for the rich. Everyone else is treated to harsh capitalism.

In the conservative mind, socialism means getting something for doing nothing. This pretty much describes General Motors’ receipt of $600 million in federal contracts, plus $500 million in tax breaks, since Trump took office.

Some of this corporate welfare has gone into the pockets of GM executives. Chairman and CEO Mary Barra raked in almost $22 million in total compensation in 2017 alone.

But GM employees are subject to harsh capitalism. GM is planning to lay off more than 14,000 workers and close three assembly plants and two component factories in North America by the end of 2019.

The nation’s largest banks saved $21 billion last year thanks to Trump’s tax cuts, some of which went into massive bonuses for bank executives. On the other hand, thousands of lower-level bank employees got a big dose of harsh capitalism. They lost their jobs.

Banks that are too big to fail—courtesy of the 2008 bank bailout—enjoy a hidden subsidy of about $83 billion a year because they have the backing of the federal government. This hidden subsidy gives giant Wall Street banks a huge advantage.

In 2017, Wall Street’s bonus pool was $31.4 billion. So, take away the hidden subsidy, and that bonus pool disappears, along with most profits. Trump and his appointees at the Federal Reserve are easing bank requirements put in place after the bailout. But they will make sure the biggest banks remain too big to fail.

When he was in business, Trump perfected the art of using bankruptcy to shield himself from the consequences of bad decisions—socialism for the rich at its worst—while leaving employees twisting in the wind. Now, all over America, executives who run their companies into the ground are getting gold-plated exit packages while their workers get pink slips.

Under socialism for the rich, you can screw up big time and still reap big rewards. Equifax’s Richard Smith retired in 2017 with an $18 million pension after a security breach that exposed the personal information of 145 million customers to hackers.

Wells Fargo’s Carrie Tolstedt departed with a $125 million exit package after being in charge of the unit that opened more than 2 million unauthorized customer accounts.

Whatever happened to the idea of a meritocracy—an economic system that allows everyone to get ahead through hard work, and economic gains go only to those who deserve them?

Around 60 percent of America’s wealth is now inherited. Many of today’s superrich have never worked a day in their lives. Trump’s response has been to expand this divide by cutting the estate tax to apply only to estates valued at over $22 million per couple. Mitch McConnell is now proposing that the estate tax be repealed altogether.

To the conservative mind, the specter of socialism conjures up a society in which no one is held accountable, and no one has to work for what they receive. Yet, that’s exactly the society Trump and the Republicans are promoting for the rich.

Meanwhile, most Americans are subject to an increasingly harsh and arbitrary capitalism.

They need stronger safety nets, and they deserve a bigger piece of the economic pie.

If you want to call this socialism, fine. I call it fair.

This article originally appeared on RobertReich.org. It has been republished here with permission.

Today’s Young Adults Want to Redesign Capitalism. But Into What?