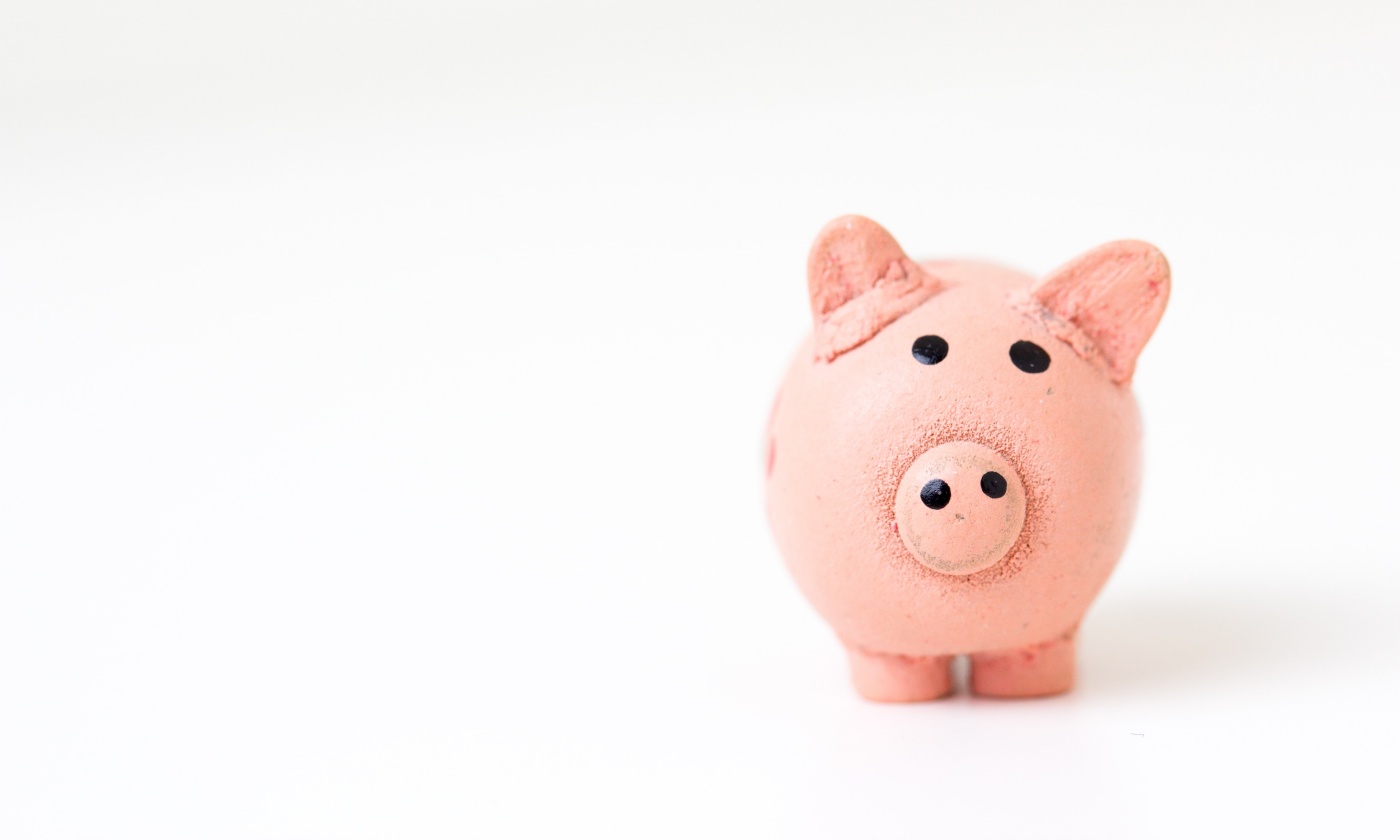 Fabian Blank/Unsplash
In many rural areas, a lack of banking options has led to an increase in predatory lending. In eastern Kentucky, a new nonprofit is fighting back.
By Ivy Brashear
6 MIN READ

Erica Knight had been in charge of her own money since she was 16, when she had her first job.

“I was always very independent and very good with trying to manage my own money and do it all on my own,” Knight said.

But when she got married in 2017, she realized that she and her husband needed to get their finances in order before they could think about planning for their future. Knight had racked up $20,000 in credit card debt over 10 years, from the time she was 18, just trying to make ends meet. Most of the debt she incurred on credit cards was for everyday expenses, such as gas for her car and groceries.

“A lot of the time, a credit card was the difference between me having food to eat and gas or not,” Knight said. “It wasn’t irresponsible things I was using it for; it was livelihood.”

She was working two jobs—as a bank teller and a waitress—and attending college, all while trying to tackle her debt. But she said it wasn’t until she was married and realized her debt was about more than just her, that she understood how deep a hole she was in. She went to her local bank in Hazard, Kentucky, for a debt consolidation loan, but was told the amount she needed was more than they could provide.

That’s when she heard about Redbud Financial Alternatives, a nonprofit community development financial institution based in Hazard. The 5-year-old organization was created by the Housing Development Alliance, a local builder of affordable homes, to offer low-interest consumer microloans to people in a four-county area in southeastern Kentucky. The intent is to help them fill the various gaps in their finances that make it difficult for them to pay off their debt and get on a more sustainable path.

“I think a lot of people are making a [financial] decision based on short-term needs and hope they’ll figure something out for the long term,” said Mae Humiston, the CDFI director for Redbud. “One-time emergencies can have long-lasting impact if they don’t have access to affordable credit.”

The nation already has a worrisome trend in the “unbanked”—households with no bank accounts and reliant on nontraditional financial sources. But the problem has spread to middle-class households that already have bank accounts and still find themselves having to go outside the banking system. According to a 2017 survey by the Federal Deposit Insurance Corp., 18.7% of people nationwide were “underbanked.” In Kentucky, the rate is 19.6%.

As more and more middle-income earners try to bridge financial gaps and manage their money, they are at risk of being taken advantage of by offers of high-interest credit cards, payday lenders, and other personal finance companies. However, most consumers don’t realize the terms they’re agreeing to, and they end up stuck in a snowballing cycle of debt because the high interest charges keep them from paying off their principal balances.

Organizations such as Redbud are attempting to offer alternatives to predatory lenders, to help people get back on track and not end up in dangerous levels of debt. They provide affordable credit to people who in the past may have turned to more exploitative sources.

“The people who pay the most for credit are the people who most can’t afford it, and we are condemning them to a lifetime of debt, and we need to think about how to restructure the system so this doesn’t need to happen,” Humiston said.

She said institutions such as payday lenders, whose business model depends on high credit costs, have primarily been an urban phenomenon, but as rural banks and financial institutions have closed or been bought out in recent years, rural people’s assets have eroded and their access to good credit has become limited, and predatory lenders have moved in to fill those gaps.

At the same time, she said, traditional banks have increasingly become spaces for people who already have assets or good credit, and have become less about helping people build assets from nothing.

“We’re looking at where the gaps are and how we can [lend] in a way that’s fairer to people who don’t have access to credit,” Humiston said. She said the current financial system is rigid, and doesn’t allow for the kind of flexibility her clients—and many others in places targeted by predatory lenders—need to get back on their feet and get out of debt. Redbud offers that flexibility, and it isn’t the only institution trying to fill the gaps.

Redbud currently offers five loan products, with its “credit rescue” loan being its most popular.

Amy Shir, president and CEO of the nonprofit LHOME in Louisville, Kentucky, said her clients face enormous barriers to financial stability, and most especially because a majority of them are people of color, immigrants and refugees. Louisville is the fourth most segregated city in the country, and LHOME aims to serve communities of color. They’ve made 56 loans in three years, and all but six of them went to people of color.

LHOME, which stands for Louisville Housing Opportunities and Micro-Enterprise Community Development Loan Fund, became certified as Louisville’s only CDFI in June 2018, and now offers an array of loan products that are intended to help community members build assets, including property tax assistance loans, interest-free loans in compliance with Islamic law for Muslim borrowers, and working capital loans to help construction companies owned by women or people of color complete jobs they successfully bid on. The organization also plans to launch a loan product soon to help immigrants and refugees become recertified in the careers they had in their home countries.

Shir said the organization listens to its community and tries to create products that will best serve them.

“It’s an enormous privilege to be able to meet people who have been shut out of the system because of too much student loan debt or credit, and to be able meet them where they are and have a dignified transaction and build trust in a community that has been repeatedly preyed upon,” Shir said. “They begin to see what’s possible and change the narrative about these communities and neighborhoods.”

Redbud offers five loan products, with its “credit rescue” loan being its most popular. This loan allows clients to pay off high-interest credit card debt, and offers financial counseling so customers can learn to identify the behaviors that led to them accruing so much debt in the first place.

This is the loan Knight accessed through Redbud. She said she found it hard to approach Redbud at first because she didn’t want to be labeled as someone who was irresponsible with money. But, she said, the company’s staff always treated her with respect and didn’t make her feel guilty because of her situation. They taught her about interest rates and the ways in which she needed to pay off her debt to avoid paying more in interest over a longer period of time. These were things she said she had never known before.

Redbud was able to loan Knight $7,500—the most that the organization offers. She consolidated another significant chunk of her debt onto a credit card that charged 0% interest for a year so she could pay down her principal. Knight hopes she’ll be able to pay down her Redbud loan and then refinance more of her debt with them.

Knight is not alone as a middle-income person who is struggling with significant debt. Humiston said many of Redbud’s clients work in steady middle-class jobs and make their payments. They just can’t overcome the steep interest rates to make significant progress toward becoming debt-free and building their assets.

Knight wants to help shift the narrative about debt, too, and emphasized that getting into as much debt as she did can happen to anybody. In the past, she’s managed other people’s debt in the course of three past jobs, but she still got into a hole she couldn’t get out of. Redbud helped her find a path forward, and she said other people can be similarly helped if they are ready and willing to take back control of their financial lives.

“Credit cards are not the devil; interest is the devil,” Knight said.

She’s hopeful now and said she “sees a light at the end of the tunnel.” She said she has the tools to keep her on the path to debt freedom.

“In time, if we keep making smarter decisions, and really buckle down, I think we will get to the point where we can consider home ownership or whatever the big next step is,” Knight said.

This article was funded in part by a grant from the One Foundation.

How an “Arts and Culture Economy” Rebuilt a Former Coal Town