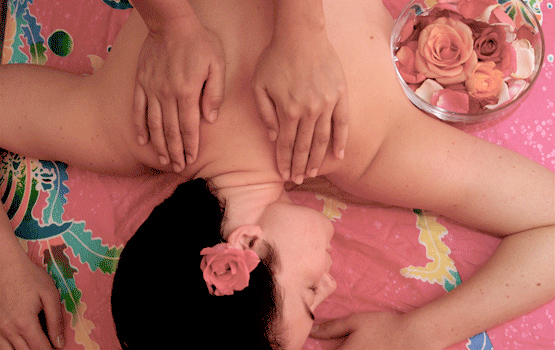 From Oakland to Brooklyn, practitioners of holistic health care are working to make their services affordable for all.

Why you can trust us
By Liz Pleasant
3 MIN READ

Fewer high school students smoked cigarettes in 2013 than in previous years, while more adults are delaying health care because they can’t afford it. These are among the insights of the Centers for Disease Control and Prevention’s latest annual report, released in May.

The report suggests that young people are becoming less likely to damage their health through bad habits. High school students are smoking fewer cigarettes, drinking less alcohol, and only “barely” using cocaine. Marijuana use has gone up a bit, but most parents would likely agree they would rather their teen experiment with pot than cocaine. So, that’s the good news.

High prices and difficulty in getting insurance companies to cover holistic services make alternatives unattainable for many low-income Americans.

The bad news is that the high cost of healthcare is causing serious problems. According to the CDC, 13 percent of adults report forgoing or delaying health care because they can’t afford it. And, among uninsured Americans, that number jumps up to 33 percent.

Another theme in the report is the extraordinary dependence of the U.S. health care system on prescription medications. More Americans were prescribed drugs in 2013 for their ailments than in any previous year. Fifty percent of Americans reported taking at least one prescription drug in the previous month, the CDC found, and 10 percent reported taking five pills or more.

Yet prescription drugs aren’t the only way to treat illness. Lifestyle changes or natural remedies like yoga and massage therapy can be highly effective when treating conditions such as high blood pressure, depression, or aching joints. Such treatments could potentially be less expensive as well due to their focus on preventative medicine, which can lead to fewer ailments, doctors’ visits, and medication in the future.

But high prices and difficulty in getting insurance companies to cover holistic services make these alternatives unattainable for many low-income Americans.

Angela Angel is working to change that. She’s co-founder of the Healing Clinic Collective, a free event for women in Oakland, Calif. Attendees receive a day of free holistic health care—everything from acupuncture to massage therapy to nutritional counseling—as well as discounted rates for appointments in the future.

“A lot of the women that were treated [in the past clinic events] are now real clients,” Angel said of the clinic’s lasting impact, with many of them receiving discounted rates.

The clinic benefits practitioners of holistic medicine too. “They want to diversify their clientele base,” Angel said. “So we helped connect them to the community because sometimes when you’re working as an acupuncturist … you’re not usually reaching out to populations in East Oakland.” (In that area, 51 percent of households are low-income and 35 percent of residents reported not having seen a doctor within the previous year, according to a study released by Building Healthy Communities.)

The clinic’s next event is Friday, June 6, and Angel expects a large turnout. Almost 400 women attended last year’s clinic, which prompted Angel’s team to plan more events. They have another women’s clinic planned for later this summer, a men’s clinic planned for the fall, and a children’s clinic they hope to host at the end of the year. If you’re interested in supporting their efforts click here.

Angel’s collective isn’t the only project aiming to make holistic medicine available to low-income Americans. In Brooklyn, N.Y., the Third Root Community Health Center offers health care services including acupuncturists, herbalists, and reiki practitioners at a sliding-scale rate. Third Root reaches out to low-income people in New York City, with a focus on community organizers and activists who are often overworked and lacking the resources for that type of care.

In Seattle, Wash. the Samarya Center uses the revenue earned by its yoga studio to bring physical therapy to different communities. The center provides free yoga to critically ill patients at Seattle’s Bailey-Boushay House; for veterans and their families at the city’s VA hospital; and for patients with chronic pain at the Pike Place Medical Clinic, which serves many homeless and low-income Seattle residents.

Know about other people working to make holistic health care accessible to everyone? Let us know in the comments.

How Counter-Recruiters Take on the U.S. Military