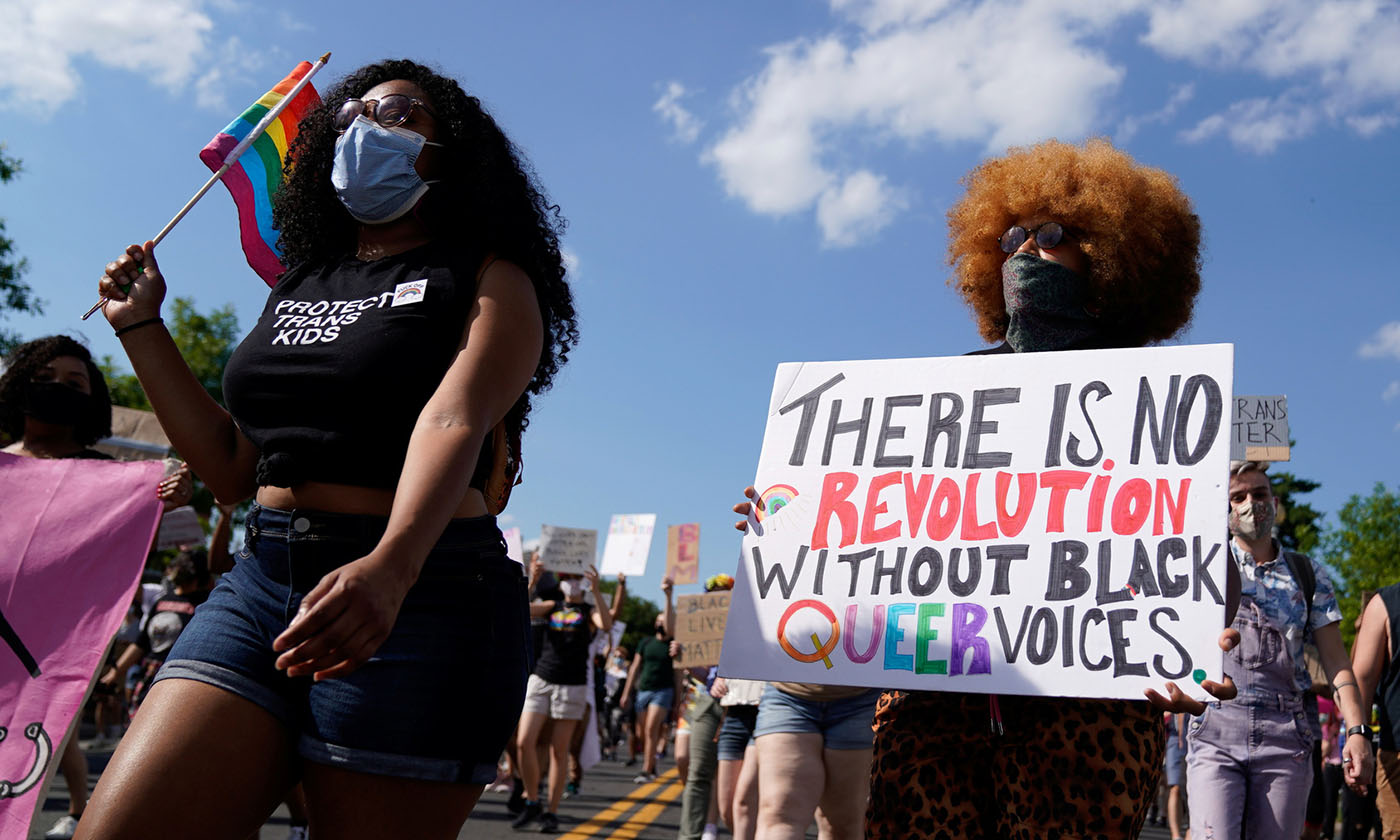 I awoke on my birthday, June 15, to positive news for the first time in months. The U.S. Supreme Court had ruled that I shouldn’t be fired because I’m queer, pansexual, and nonbinary. In a plot twist, the conservative-leaning court decided that the Civil Rights Act of 1964 protects Americans from being terminated at work because of their sexual orientation and/or gender.

The groundbreaking decision, in Bostock v. Clayton County, Georgia, came amid Black Lives Matter uprisings in all 50 states and around the globe, as well as the cancellation of most Pride events because of the COVID-19 pandemic. I’ll concede that it’s a win, which we desperately need right now. Still, I’m not celebrating quite yet. Myriad other things need to change before LGBTQ+ people can thrive in our workplaces, especially those of us who are Black.

Black LGBTQ+ workers are being disproportionately affected by the pandemic and, even before it began, had limited job opportunities. Some 26% of Black transgender people are unemployed, four times the rate of the general population, according to the Injustice At Every Turn report. The Human Rights Foundation found that 38% of LGBTQ+ people of color have had their work hours reduced because of the pandemic, compared to 24% of the general population.

If Black LGBTQ+ people are to achieve economic liberation, we’ll need to accept that capitalism just isn’t the best fit.

If you need a face to pair with these stats, look no further than mine. Not only do I live at the intersection of multiple marginalized identities, but I’m also a casualty of the Great Recession: an ill-fated millennial. The recession never ended for me. I’ve spent my entire adult life either unemployed or working underpaid, nonprofit jobs.

Now, our economy is plunging to Great Depression depths, and there’s no social safety net for people like me and no generational wealth, either. This Supreme Court victory feels hollow when you consider that most Black LGBTQ+ people are more worried about getting hired in the first place than getting fired. Similar to the same-sex marriage decision of 2015, it won’t necessarily yield material improvements in the lives of Black LGBTQ+ people.

This decision doesn’t reckon with those of us who are deemed “essential workers,” yet earn only the minimum wage. Or that few jobs left might be left post-pandemic, especially for historically oppressed groups. It doesn’t relieve the plight of undocumented Black LGBTQ+ workers or those involved in the underground economy (i.e., sex workers).

Creating an equitable landscape for Black LGBTQ+ workers should matter to everyone.

Furthermore, laws are broken all the time. If an employer illegally fires me, how do I assert my rights? The Equal Employment Opportunity Commission might take on my case, but there’s no guarantee it will even take your case in the first place. Some cities have offices where you can file a complaint against your employer, but in Atlanta, where I live, and in many other cities, especially in the South, with a growing number of LGBTQ+ people, no such office exists. Ultimately, I may have to hire a private attorney to get my job back—an expensive, lengthy process.

Another reason for my lack of enthusiasm is that on the same day as the LGBTQ+ ruling, the Supreme Court decided it would not hear cases on qualified immunity, which protects government officials from being sued for violating constitutional rights. Qualified immunity denies deserved compensation to those like the families of countless Black individuals who’ve been killed by the police.

None of this is to suggest that I’m not grateful for the courage of the plaintiffs and the work of their lawyers in this historic case. It’s especially meaningful coming during the administration of Donald Trump, who has been tireless in repealing the meager advances our community gained under the Obama administration and in stacking the courts with justices who would rule against our interest.

However, if Black LGBTQ+ people are to achieve economic liberation, we’ll need to accept that capitalism just isn’t the best fit for communities whose labor has been historically exploited. We’ll need to commit to an alternative economic model that puts people over profits, such as paying formal reparations to African American and Indigenous peoples.

Until then, here are a few ways that individuals and communities can take action to improve economic prospects for Black LGBTQ+ people:

• Support Black trans futures. Too many of us are looking for work, are underpaid, or unable to work. When Black trans people don’t have money to live, we’re more likely to lack safe, stable housing and engage in risky behaviors. Giving to Black trans individuals and organizations addresses homelessness; provides access to healthy meals and safe transportation; helps pay rent, bail, and medical expenses; and manifests in longer, healthier lives for us.

• Support Black and LGBTQ+ worker centers. Most Black LGBTQ+ workers don’t have a voice in our workplace, no union representation and no decision-making power—which makes it difficult to exercise our workers’ rights. Worker centers are poised to fill this gap with their mission of empowering workers on the margins. As defined by labor studies scholar, Dr. Janice Fine, worker centers are “gateway organizations that provide information and training in workers’ rights, employment, labor and immigration law, legal services, the English language, and many other programs.” Black and LGBTQ+ worker centers that could use your support include the National LGBTQ Workers Center and affiliates of the National Black Worker Center Project, which are spread across the country.

• Advocate for the Green New Deal. The New Deal programs of the 1930s put the masses back to work after the Great Depression, including significant numbers of African Americans. Our present tattered economy needs a similar boost, such as U.S. Rep. Alexandria Ocasio-Cortez of New York and U.S. Sen. Ed Markey of Massachusetts’ two Green New Deal resolutions, calling for the funding of millions of living-wage jobs geared towards halting climate change. Black LGBTQ+ people live in neighborhoods disproportionately affected by environmental problems. We’re experts at what our communities require to be healthier and safer, and thus, “green jobs” are right up our alley. The Green New Deal isn’t perfect, but it’s better than having no public jobs program, which is our current reality. The youth-led organization, Sunrise Movement, is now one of the loudest champions for the Green New Deal. Check out their work to see whether your elected officials support the Green New Deal and what you can do to help get the resolutions passed.

Creating an equitable landscape for Black LGBTQ+ workers should matter to everyone, especially because we’ve always fought for and alongside everyone else. We owe a debt to organizers such as Bayard Rustin, the late unsung Black gay architect of the 1963 March on Washington for Jobs and Freedom.

Reflecting on Bostock v. Clayton County, I can’t help but wonder, “What would Bayard think? Would he be celebrating this?” We still don’t have the jobs and freedom he sacrificed for, so, in his honor, we should keep pushing and demanding more for Black LGBTQ+ workers in this country.

“We’re Going to Keep Fighting for That Song”