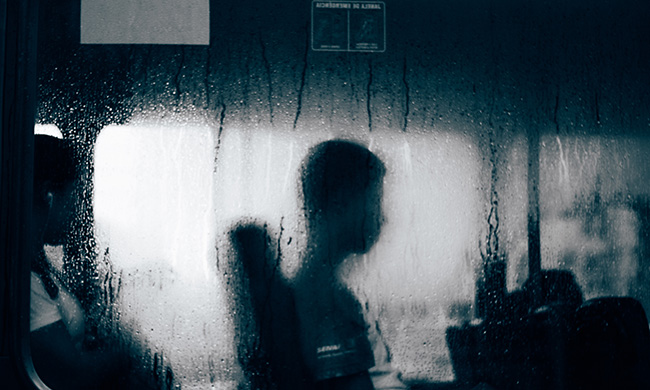 Learning to act fearless, to repress emotions other than anger, and to be aggressive and even violent to get what you want reinforce the training to “be a man.”

The massive outpouring of women saying #MeToo is both heartbreaking in its scope and encouraging in the bravery and solidarity it shows—12 million uses of #MeToo on social media in the first 24 hours, according to various reports. Commentators are rightly saying we need to change the culture of male power, have more women as bosses and elected officials, and enforce sexual harassment laws. These and more are important.

Most boys are taught not to cry, to never show fear, to shake it off, to suck it up.

Every person from birth has natural human needs for tenderness, respect, love, safety, gentle touch, belonging. But no home is perfectly loving, calm, and secure. Our society does not yet provide parents with all the resources they need to do the complex work of good parenting. Depending on the home, children can experience anything from occasional inattention to brutalization. According to trauma expert Bessel van der Kolk, childhood trauma is the number one public health issue, shaping future outcomes in school, health, relationships, work, and life fulfillment. Yet childhood trauma is mostly unhealed, and only the behaviors are treated, with labels like “attention deficit disorder” or “oppositional defiance disorder” or “suicidal” or “clinically depressed,” instead of treating the underlying root cause of trauma.

So for many men, the beckoning archway of human need for closeness and love gets bricked up, brick by hurtful brick, until the only pathway for those real needs narrows to a small keyhole called sex. Add testosterone, unrelenting sexual advertising and media images, and boyhood training to be aggressive to get what you want, and we can start to understand how sex for many men becomes so fraught, compulsive, or desperate.

This is part of the bigger picture of patriarchy, of systematic training to be in charge, hold power, feel superior to women, and expect women to serve men in exchange for protection. Learning to act fearless, to repress emotions other than anger, and to be aggressive and even violent to get what you want reinforce the training to “be a man.”

The strutting of male power, the images of violent masculinity, the glorification of the warrior starts in childhood. Most boys are taught not to cry, to never show fear, to shake it off, to suck it up. They are commonly shamed for being soft or kindhearted. Furthermore, homophobia plays a huge role in male conditioning. When I was growing up in the 1950s as a white, working-class, heterosexual, Catholic boy, the message was to be a Marine, not to be a “homo.” On playgrounds then and today, boys typically compete in sports, show off, fight, or isolate themselves on the edges. Violent video games, heavily marketed to boys, have further contributed to a macho male culture.

As little boys, we fought against this conditioning as best we could, but eventually we surrendered. How many of us parents have watched our sweet toddler boys slowly lose their capacity to cry or hide their tenderness in order to fit into the harsh teenage boy culture?

It is a clinical fact that most abusers were abused.

So most of us men grow up being cut off from our feelings, our true loving nature, our natural compassion. Many of us feel isolated, competitive, insecure, lonely, and fake. We can rarely admit it, and usually only in the safe embrace of a lover.

The reality is that men have a huge, lifelong reservoir of deep emotions to release about this training to feel separate and tough, but they suffer disapproval or shaming if they try, especially if they cry in public. There are some exceptions, like winning championships, seeing their houses burn down, or losing loved ones. But in general, if a man shows he is scared or vulnerable, he is considered unstable, weak, and probably should be relieved from his position. (The Mask You Live In is a powerful documentary showing the ways boys are socialized to be men.)

What’s sex got to do with it? On the one hand, it can provide closeness or relief. I have had men tell me privately that the only time they can allow their feelings and completely relax is after an orgasm with someone they trust and who welcomes them. True love by its nature is relational, mutual, respectful, and caring.

On the other hand, if men have difficulties in relationship—often because of unhealed early trauma, reinforced by learning to deny feelings—men are easily manipulated by the sexualized culture to seek closeness through sex. For some, it can become a compulsive acting out in the form of sexual harassment or abuse. Sex without love and respect is a misuse of power that masks men’s insecurities and hurt. This has been extremely hurtful to women since forever. When the abuse becomes public, it has sometimes ruined the careers of powerful men. But let us also be clear: Men of all socio-economic backgrounds have perpetrated sexual harassment and abuse. It’s systemic.

It is a clinical fact that most abusers were abused. In addition to being distanced from our natural compassion and cooperativeness, many men also were abused as boys, physically, emotionally, or sexually. Without opportunity to heal from mistreatment, we often pass it on. In this way, abuse can continue down the generations. To be fair, most men are not sexual predators or abusers. Most boys who have been hurt don’t grow up to hurt others.

In our commitment to address sexual harassment and abuse, hold perpetrators accountable, and clean up male misuse of power, we should not turn our backs on men and leave their trauma intact. Ending sexual harassment and abuse of women requires healing and preventing the hurts of men as part of ending patriarchy. In a real way, men are also oppressed, not by women, but by cultural and economic systems based on greed and individualism, which teach men to be competitive, aggressive, and capable of being cruel and even willing to kill fellow human beings, as in war.

The damage done to men’s humanity leads to the damage they do to women’s humanity. To break that chain, we must unite in a broad long-term commitment to heal our individual hurts and transform our society to one that embraces each person’s full humanity and that eventually makes our current sexual suffering a distant historical memory.

7 Ways You Can Stand Up to Sexual Harassment