The Ways We Are Healed by Nature (Even Houseplants) 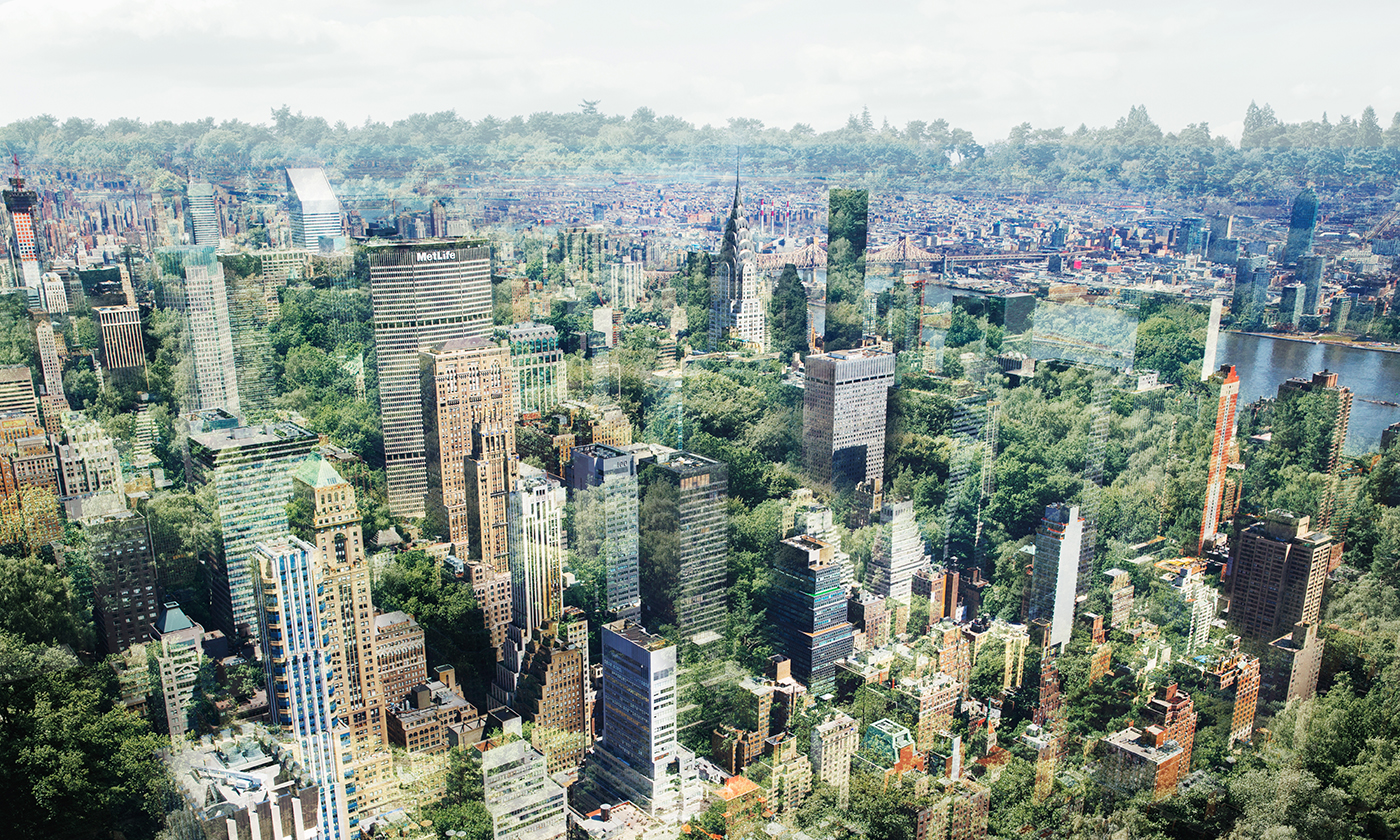 “In my quest for introspection and mental quiet time, trees have been my most stalwart allies.”

The Ways We Are Healed by Nature (Even Houseplants)

Green growing things heal us in surprising ways. Communities are trying to bring plant life to areas that lack it.

In some of my earliest memories, I’m perched between two branches of a plum tree that grew in front of my house. To climb, I’d grip the lowest branches and stretch my foot as high as it would reach, pulling myself up to sit comfortably in my little throne of branches. There, I’d peer through the pale purple blossoms, across the sidewalk, admiring the tops of cars.

I don’t remember any fear—just the scrape of callused feet on bark; the triumph of successfully hoisting my knee onto a branch; the comfort of my hands circling that final limb as I reached the perfect nestling spot.

Growing up with attention deficit hyperactivity disorder, I was anxious a lot. I procrastinated constantly because I didn’t know how to prioritize. I was worried I might be stupid because I couldn’t finish basic tasks. Sitting still in a circle was torture. But at the tops of familiar trees, seeing everything through a veil of leaves or delicious-smelling blossoms, I could make my brain stop spinning.

Even now, laundry stays in the washing machine for three days because I forget about it. I leave half-full glasses of water all over the house. Currently, I have 52 tabs open in three Chrome windows. The other day I went into my bedroom to get my phone charger but only managed to change my shirt. Spending time with plants is still my reset button.

In my quest for introspection and mental quiet time, trees have been my most stalwart allies.

Globally, more than 300 million people live with depression, 260 million with anxiety, and many with both. An estimated 6 million American children have been diagnosed with ADHD. Physical activity is known to help combat and prevent these disorders, but a walk down a busy traffic-filled street doesn’t cut it. A walk in the woods, however, works. Just 90 minutes can decrease activity in the subgenual prefrontal cortex—a region associated with rumination (dwelling on negative thoughts, for example).

Urban environments are overwhelming. City dwellers are constantly bombarded with complex sights, sounds, and smells. Researchers believe that this has a negative effect on executive functioning, making us less able to cope with distractions. Captivating natural scenes, however, can restore attention and help combat mental fatigue.

Interestingly, some built environments can have the same effect. Cities that incorporate water, or “blue space,” are more restorative than those without. Monasteries and countryside cottages fit the bill because, like nature, they evoke a sense of “being away.” Museums and art galleries are restorative because they provide an escape from the cacophony of urban life. These scenes all give one a sense of space—of room to explore.

The more interactive we are with restorative space, the better; a weekend stay in a cozy wooded cabin will do more good than staring at a picture of one.

The problem with urbanization

More than half of the world’s population, and counting, lives in an urban setting. People in cities run a higher risk of both anxiety and mood disorders than people in rural areas—20 and 40 percent higher, respectively. We’re also more sedentary than ever, and green space has been shown to promote critically important physical activity.

Apartments, office buildings, subways, traffic-filled streets—we’re spending more and more time away from nature. Researchers estimate that if every city dweller spent just 30 minutes per week in nature, depression cases could be reduced by 7 percent. Globally, that’s a whopping 21 million people. But for a busy city dweller, a visit to a beautiful monastery isn’t always feasible. We all have read about the benefits of “forest therapy,” but a half-day hike in the woods is a luxury many can’t afford.

The answer lies in incorporating green space into urban planning, weaving nature into the fabric of everyday city life.

To understand our fraught relationship with urban nature, consider the evolution of big cities. Urbanization exploded in the 1800s as more people left their rural homes to look for work. With the focus on high-level priorities such as sanitation, not to mention basic transportation and housing, green space just wasn’t considered sufficiently important for human welfare.

Kathleen Wolf, a social science researcher at the University of Washington, studies the human benefits of nature in cities.

With the industrial boom and huge population influx, rates of disease went up, she says, and we focused on clearing space for sanitary engineering systems. “What we think now is that, maybe, the pendulum went a little too far in removal of nature from cities.”

Modern higher-income communities—often predominately White—have the time, influence, and financial resources to build green space and cultivate a sense of appreciation for urban nature, Wolf says. But poorer communities—including some communities of color—don’t always have the same luxury.

“There are top-level priorities in communities of need with regard to health: crosswalks, sidewalks—really fundamental needs—assurance that people have housing. I would guess that if our cities could mobilize and satisfy those high-level needs, people in those communities would then begin to say, ‘We have now a baseline quality of life; now [we can talk about] parks.’”

Yet these people need green space the most. People with less financial security often have more demanding lifestyles. “They may be working multiple jobs. They may be single parents. They may have inadequate support systems,” Wolf says. “People in those situations … benefit even more from green space encounters.”

Add to this the growing demands on our nation’s young adults—expensive housing, out-of-control student loans, unprecedented pressure to succeed—and it’s easy to see the dire need for cities to address cognitive fatigue, especially in stressed and underserved populations.

Integrating green space doesn’t have to be difficult. Someone just has to lead the charge.

“The direct integration of nature into buildings in a substantive way makes quite a difference,” Wolf says. “Biophilic design … is an intentional effort to integrate nature into the places where people work, learn, and live.”

Nor does it have to be cost-prohibitive. “With any innovation, the early adopters pay more. Once it’s more broadly accepted … best practices emerge,” Wolf says. “You reach a threshold of implementation, and costs come down.”

Already, cities are taking steps, often going beyond planting trees. Chicago; Baltimore, Maryland; Portland, Oregon; New York; and Philadelphia are all investing in green infrastructure to improve city life and reduce their carbon footprint. Internationally, cities are leading in “smart design.” In parts of Singapore, garbage trucks are replaced by chutes that vacuum refuse. In London, city planners are restructuring the city’s lighting to save energy and lessen the harm of light pollution on human health and sleep.

Workplaces are also using green spaces to address employees’ health and well-being. Research shows that companies that invest in green infrastructure and promote nature-oriented activities see reduced absenteeism, higher productivity, and better problem-solving in their employees. For these cities and workplaces, investing in green infrastructure has a clear cost benefit.

Now, greater attention must be directed to low-income communities to address racial and economic disparity—the “green space gap.” California has a number of community-level efforts. The Little Green Fingers initiative in Los Angeles promotes urban parks and gardens in low-income areas and communities of color. In Sacramento, the Ubuntu Green project helps convert unused land into urban farms and gardens in low-income communities. And the Oakland Parks and Recreation department is working with the Oakland Climate Action Coalition and the Oakland Food Policy Council to preserve green space amid gentrification.

People living without sufficient access to green space, particularly those living with anxiety, depression, or ADHD, might also benefit from bringing nature into their homes.

More robust research in environmental psychology needs to be done to tease apart the complex benefits of houseplants, but the existing literature is promising. Indoor plants have been shown to soothe mental fatigue, lower blood pressure, and improve quality of sleep. Some hospital patients who underwent surgery were found to have higher pain tolerance, less anxiety, and even shorter recovery times when they could see plants from their beds.

Indoor greenery also brings in a distinctly interactive element that outdoor natural space can’t always provide: the opportunity to grow and nurture something. Houseplants respond to our care and can pull us to slow down. They are living reminders of the importance of staying on track and not neglecting our responsibilities. They can help us maintain good habits. Research has shown that caring for a pet can help improve mental health by alleviating loneliness, calming stress, and restoring a sense of purpose and responsibility; for people unable to adopt a pet, houseplants may be a great lower-stakes alternative.

This has an important caveat. As Wolf points out, lonely, isolated people are more prone to problems with mental and even physical health. Indoor plants are no substitute for community-wide solutions. Wolf encourages apartment dwellers to advocate for shared outdoor green spaces. They may benefit more from establishing “little sitting gardens” in place of “boring landscape materials” or ensuring that green stormwater infrastructure is designed “so it becomes a people space, as well,” she says.

Ultimately, we benefit most by incorporating interactive green space at every level of city life—for individuals, cities, and everything in between.

I look, with cautious optimism, to a future full of trees.