These activists are working to ensure Indigenous perspectives are included in fields as diverse as education, health care, and scientific research.

Why you can trust us
By Kate Schimel
3 MIN READ

The process of decolonization is not just about creating equality of opportunity on paper. In many fields, such as science, health care, and education, Indigenous activists are revamping their fields so that their perspectives become part of how these professions are practiced.

In spite of climate change’s far-reaching impacts, Jessica Hernandez says the way it is taught in universities remains largely one-dimensional, focused on the physical processes in the atmosphere. When Hernandez, a postdoctoral physics researcher at the University of Washington, Bothell, who is Binnizá and Maya Ch’orti’, first taught introduction to climate change courses, she was determined to change that.

She integrated place-based lessons focused on how Indigenous communities experience the changes. For example, when it came time to teach the chemistry of ocean acidification, she also connected it to impacts on salmon and on the Northwestern tribal communities who rely on the fish.

“Students were able to see these concepts that are an abstract concept,” she says. “It’s something that we cannot necessarily see in person.”

It’s just one part of Hernandez’s effort to support Indigenous ways of creating knowledge. She trains high school physics teachers to incorporate equity and Indigenous knowledge. A lesson plan on energy could include an explanation of the colonial origins of the concept and how Indigenous communities have studied it. She also recently published a book, Fresh Banana Leaves, on Indigenous science.

A 2016 CDC report found that nearly half of all death certificates inaccurately reported Native Americans’ race, effectively erasing a vital source of information on community health.

It’s a phenomenon Abigail Echo-Hawk, an enrolled citizen of the Pawnee Nation, calls “data genocide,” and it significantly impacts treatment and policy. The erasure became particularly pronounced during the pandemic, as the tracking of Indigenous people’s illnesses and deaths lagged. For example, much of the research on long COVID-19 is based on electronic medical records, which often fail to correctly identify Native patients. That makes it harder to get an accurate diagnosis, as well as knowledge about the disease’s frequency in Indigenous communities and the resources to deal with it.

Through the Urban Indian Health Institute, Echo-Hawk works with hospitals and other health care facilities to reconsider how to treat and serve Native American and Alaska Native communities. The pressure she and others put on federal health officials led to Congressional hearings in 2020 and 2021 and a letter from 25 members of Congress demanding transparency and better tracking of Indigenous COVID deaths and cases.

When Wilhelmina Yazzie, a citizen of Navajo Nation, was growing up, her family taught her the entire community owes children a responsibility, a “sacred trust that we need to protect and guide them.” It was a lesson that she never forgot.

When Yazzie’s son Xavier reached middle school, he noticed his non-Indigenous friends taking advanced classes he couldn’t get in, despite his high grades. When Yazzie pressed school administrators and then district leaders about the discrepancy as well as others she had noticed, they rebuffed her. So she, along with other families, filed suit against the state of New Mexico. The suit argued that the state had failed in its constitutional responsibility to provide an adequate education to Indigenous, Latino, and other underserved students.

In 2018, a judge ruled in their favor, but the challenges didn’t stop there. Even when the pandemic left many Indigenous students without internet access, the state pushed to have the suit dismissed. Yazzie and other activists fought for the state to provide technology and remote instruction, securing major investments in some districts.

Yazzie continues to advocate for the rights of Navajo students, pushing the state to provide everything from financial resources to instruction in Diné language and culture. 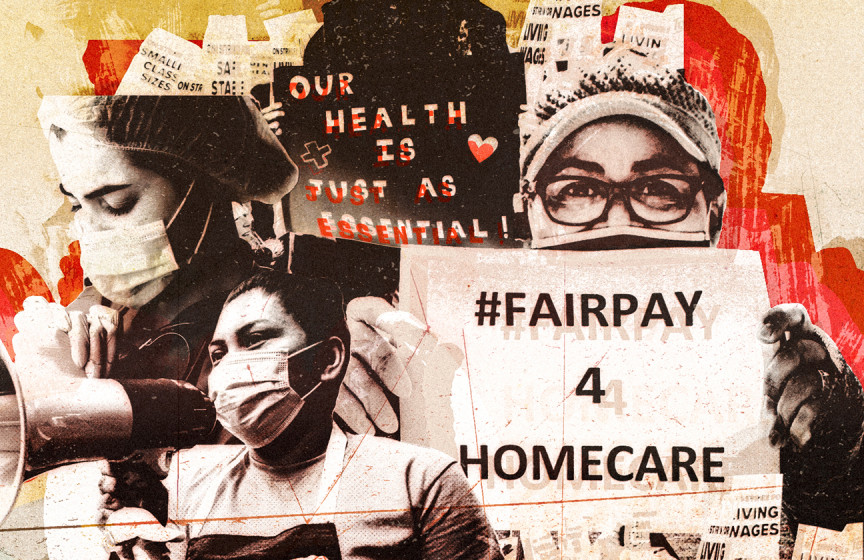