A warning about Big Tech and unbridled capitalism.

Why you can trust us
By Valerie Schloredt
3 MIN READ

The ads targeted to articles you read and subjects you Google. The discount coupon for a big box store you get on your phone while you’re standing in the big box store. Those are obvious aspects of how Big Tech and unbridled capitalism are using artificial intelligence and digital communications to nudge our consumption. Less obvious are the deeper forms of behavior modification possible through collecting our data—like fake news targeted to influence how we vote.

If you think today’s internet is invasive and morally questionable, consider Gish Jen’s dystopian new novel, The Resisters (Knopf 2020).  In this near future, the landscape is flooded by climate change and “AutoAmerica” is governed by an automated autocracy. The personification of this remote regime is “Aunt Nettie,” which is what you get when Big Brother comes disguised as Alexa.

How did it come to this? Jen’s narrator, Grant, explains why his family resists the “services” offered by their nosy automated house: “For this was how the AutoHouse started, wasn’t it, with thermostats that sent to Aunt Nettie first data, then videos? Then came DroneDeliverers and FridgeStockers, KidTrackers and RoboSitters, ElderHelpers and YardBots, all of which reported to Aunt Nettie as dutifully as any spy network—recording our steps, our pictures, our relationships, and (back when we soon-to-be-Surplus still had them) our careers.”

That wraparound e-world is easy to imagine under pandemic lockdown, as we rely on digital communications for everything from online grocery shopping to being “present” for profound life events like the birth of a child or the death of a parent. Under isolation, virtual connection is a lot better than no connection. But while we’re ordering and Zooming indoors, there’s entropy and collapse in the world outside. Opportunistic efforts to use the crisis of the pandemic to make a buck and consolidate control could push our society closer to the class system in Jen’s novel: a world where “Surplus” have-nots are kept firmly in their place and “Netted” producers benefit from the system but really live only to serve it.

Like other fictional dystopias, Jen’s world contains recognizable negative aspects of the real one. The Surplus class is mostly people of color, relegated to live on soggy ground and floating favelas, the least desirable places in a flooded landscape. They’re pushed by incentives and punishments to fulfill their function to consume, microchipped and monitored by a surveillance state that exists to control. If it can’t do that by external sticks and carrots, it will literally get inside your head.

Under isolation, virtual connection is a lot better than no connection. But while we’re ordering and Zooming indoors, there’s entropy and collapse in the world outside.

At the center of the story are former teacher and amateur hacker Grant, kick-ass human rights lawyer and activist Eleanor, and their beloved daughter Gwen, who demonstrates natural baseball pitching ability from babyhood. How her parents nurture a child’s spirit in the shadow of Aunt Nettie and how young Gwen stands up to pressure from the system to sell out and abandon her people drive the plot.

Some inhabitants of AutoAmerica bend to the state’s coercion by internalizing it. But there are those who don’t. In fact, The Resisters offers plenty of noncompliant rebels—an underground baseball league full of them. Baseball becomes a means of resistance against the machine and the ballfield a proving ground for heroism and solidarity.

Readers weary of grim prognostications will appreciate Jen’s exuberant invention as she helps us consider a future we don’t want, how to avoid it, and the vitality of alternatives. At every turn, Gwen and company create their own lives as much as possible, choosing DIY over the drugged seductions of the digitized state. Descriptions of how they grow their own food, deliciously, and knit their own garments and blankets, gloriously, add color and texture to a world where the agency of real humans can’t always be predicted or controlled.

Resistance can be a way of life, and creativity, free will, and love are secret weapons because they can’t be simulated. That’s a pre-pandemic message that just happens to be beautifully targeted to our times. 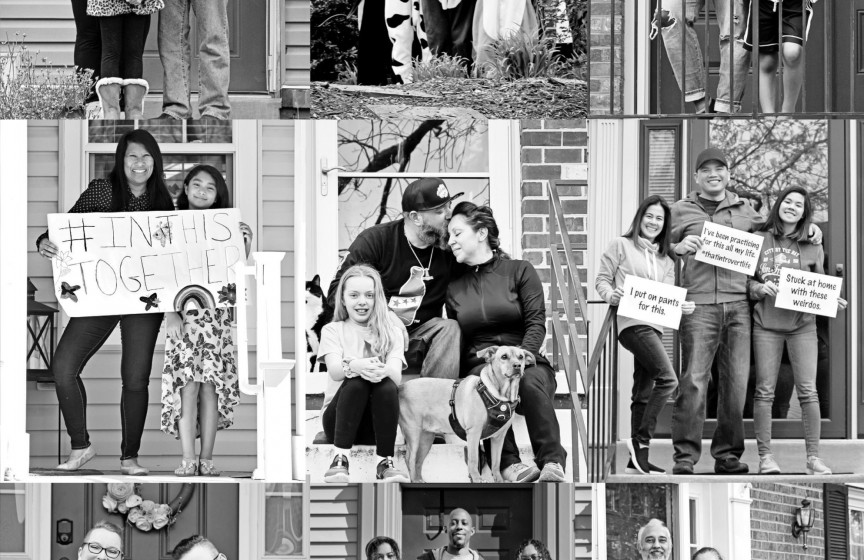