Why you can trust us
By Valerie Schloredt
6 MIN READ

We tend to talk about gentrification as if it’s beyond our control, that replacing old urban houses with identical high-end condos is a law of nature. We sigh as historically Black, ethnically diverse, and immigrant communities are displaced, destroying social infrastructure that was built up over generations.

But it isn’t inevitable; it’s the result of decades of policies that reflect the power of wealth in shaping our urban landscapes. So why do city governments in the United States usually do such a poor job of balancing people’s rights with property rights?

Samuel Stein, a doctoral student at City University of New York whose work focuses on urban planning and gentrification, takes on that question in his well-received new book, Capital City: Gentrification and the Real Estate State (Verso, 2019). The answer has to do with money, history, and the economy. As North America deindustrialized from the mid-20th century on, capital began investing in land and buildings, “the literal and figurative space left by urban industrial flight.” Real estate is now a $217 trillion industry, Stein writes, forming 60% of global assets. We’re living in “a real estate state,” where real estate interests with capital to invest have undue influence in city planning decisions.

Stein sees urban planners as basically nice people with good intentions. They want to make beautiful cities that are good places to live, but in practice their work is directed by the imperative to make cities profitable. Citizens who’ve attempted to have a voice in their city’s housing and planning policies may appreciate Stein’s point: “Planners operate in a system that must appear open to the public, while simultaneously guaranteeing that ultimate power resides in the hands of propertied elites. It can be a really shitty job.”

Instead, Stein wants urban planning to democratize cities, making them places that belong to everyone, not just an economic and racial elite. His analysis of what fuels gentrification and his willingness to think outside the neoliberal box lead him to some solutions that defy conventional wisdom.

Take “inclusionary zoning,” the policy that allows private developers either to build bigger and higher and denser in exchange for including some affordable units in the project or paying into a city fund earmarked for affordable housing. On the face of it, inclusionary zoning looks like a tradeoff whereby cities get private capital to pay for some affordable housing. But it is actually a driver of gentrification and displacement of lower-income people and people of color.

An alternative, Stein argues, would be to apply the policy only in well-to-do White neighborhoods, producing a noticeably different result, “forcing the wealthy to integrate at least a little bit, rather than gentrifying the city and calling it progress.”

But there are many other policies in Stein’s radical urban-planner toolbox. Among them are:

Stein reminds us that in 2008, the Federal Reserve purchased failing mortgages as part of its bank bailout— a state-planned transfer of wealth to financial institutions—and that “the U.S. government already spends enormous amounts—roughly $200 billion annually—on housing, from mortgage deductions to developer tax breaks and private housing vouchers.”

That hasn’t helped large numbers of people still living in cardboard boxes, tents, and vehicles on the streets of American cities. “The real estate state injects an enormous volume of capital for such inadequate results,” writes Stein, “because we are subsidizing capitalist housing, which assumes a profit.”

The crisis in U.S. housing involves much more than urban gentrification, as reported by Brooke Gladstone and her team for NPR’s “On the Media.” The title of their investigative series, “The Scarlet E,” refers to the stigma of eviction that plunges families into homelessness or a lifetime of housing instability. It’s an increasingly common ordeal, with nearly one million legal evictions a year and three times as many eviction filings.

That doesn’t include “shadow evictions”—renters having to move because landlords suddenly raise their rent or otherwise make it impossible for them to stay. A clearer picture of the eviction epidemic is emerging thanks to Matthew Desmond, author of the Pulitzer Prize-winning Evicted: Poverty and Profit in the American City (Penguin Random House, 2016). Desmond, a sociologist who founded the Eviction Lab at Princeton University, provides the take that the crisis in affordability and stability in U.S. housing is structural, built into a national system of unjust laws and policies going back to the founding of the country and slavery.

Today, Desmond told NPR, it’s hard to think of a social policy “that does a better job of amplifying our economic and racial inequalities than our current housing policy does.”

The figures back up that statement. Lack of funding means only one in four families that qualifies for public housing or housing vouchers gets help; more is spent every year on homeowner tax subsidies than on low-income housing assistance. The mortgage interest tax deduction costs the government $34 billion annually, and the deeply flawed housing voucher program that relies on private landlords costs another $20 billion.

There are other problems with a system that prioritizes tax breaks for property owners over funding low-income housing: the mortgage interest deduction actually raises the price of housing. Gladstone quotes the American Economic Review saying if the deduction were abolished, “homeownership would rise by five percent, home prices would dip by four percent, and the average mortgage balance would drop by 30 percent.”

Defenders of the current state of affairs insist that giving the free market a free hand will eventually balance supply and demand, creating more affordable housing. The experts and research presented by NPR show that changes to law, policy, and funding are necessary, because the wrong policies got us to the housing crisis in the first place.

Some of these solutions would be fairly easy to institute. In some states, a court filing to evict tenants costs as little as $40, and tenants have no right to free legal representation. Changes in state laws to give tenants a chance to pay late rent and avoid excessive fees would make eviction less enticing for landlords.

Some solutions are larger in scale and challenge the status quo. Lawrence Vale, professor of urban design and planning at MIT, believes one solution could be to increase public housing that is funded and run properly, rather than allowing it to degrade and be demolished to make way for private development. One popular narrative holds that public housing doesn’t work because the residents are responsible for community disrepair, poverty, and crime. Gladstone’s team dismantled that racist and classist trope with Commonwealth Development in Boston, an example of public housing that works, because management is in the hands of the residents themselves.

Added to public housing in Stein’s vision for an equitable city are cooperatives, nonprofits, and land trusts that take housing and the land it sits on out of the market. That would increase the amount of land in cities that can’t become an increasingly expensive financial asset. When land trusts are done right, Stein says, as in the case of New York City’s Cooper Square, “the result is functionally decommodified land and housing.”

Stein’s policy kicker goes right to the heart of the real estate state, targeting the symbiotic relationship between urban planning and gentrification that channels benefits from public investment—the parks and streets and pedestrian zones—to private companies: “Cities can tax away any increased revenue that landlords derive from public initiatives. In this scenario, the portion of profits a property owner generates from land itself—the value that comes from land’s location, preparation, proximity to transit, and public infrastructure connectivity—would be understood as socially produced and therefore no one’s to own.”

Creating fair and affordable cities is a detailed and challenging job. But even in the midst of gentrification, there are democratic models of affordable housing to build on and scale up. Stein emphasizes that urban planning is about working to create the future city we actually want. That beats just letting the bulldozers of gentrification roll on. 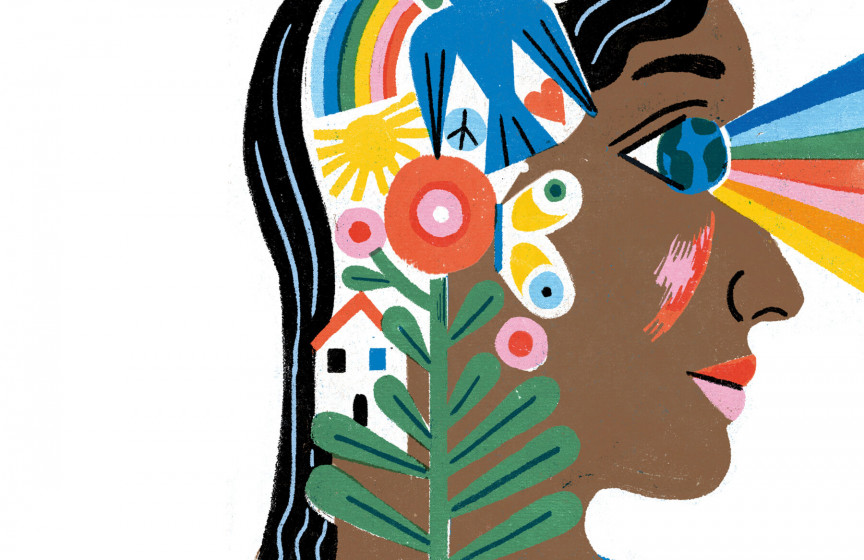