Most Americans Agree: God Granted the U.S. a Special Place in History 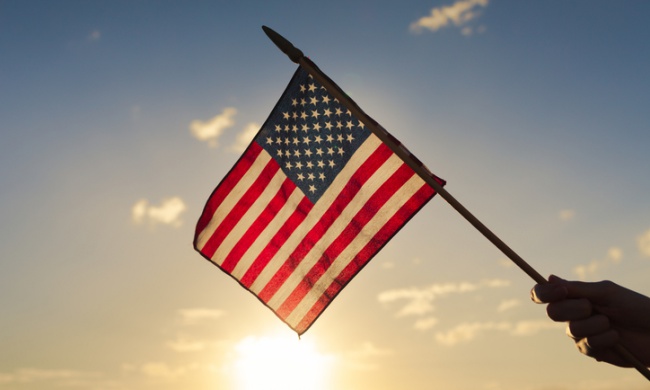 Most Americans Agree: God Granted the U.S. a Special Place in History

And 23 other facts you should know.

Average hourly salary of a New Yorker (from the city): $29 1

Estimated amount per month a New Yorker will pay to live one minute closer to their workplace: $56 3

Percentage of U.S. adult men who have read a book or listened to an audiobook in the past year: 68

Percentage of U.S. adult women who have read a book or listened to an audiobook in the past year: 77 4

Number of Pulitzer Prizes in fiction won by male authors writing primarily about male characters or from a male perspective, 2000–2015: 8

Number of Pulitzer Prizes in fiction won by female authors writing primarily about female characters or from a female perspective, 2000–2015: 0 5

Percentage of unique visitors writing comments on articles in July 2016 (found in a study that led NPR to disband its comments section): 0.06 6

Number of reindeer killed in Norway in August 2016 by a lightning strike: 323 7

Proposed number of reindeer that will be killed by December 2016 to prevent spread of an anthrax bacteria in a remote region of Siberia: 250,000 8

Percentage of internet users who get their news on a social media site: 62

Percentage of social media users who get their news on Facebook: 66

Percentage of Facebook users who seek out their news rather than happen upon it: 38 9

Percent of Americans who believe God granted the U.S. a special role in human history: 62 10

Percent who say the U.S. is setting a good moral example for the world: 43

Percent who say it is important to show public support for the country, such as displaying the flag: 83

Number of known plant species the International Union for Conservation of Nature has evaluated: 12,914