What It Looks Like When Communities Make Racial Justice a Priority

“We’ve always said that we want to make Jackson the greenest city in the world,” co-founder Kali Akuno said of Cooperation Jackson’s work combining social and environmental sustainability. “We want to create a local example and magnify it through the political process.” Photo by James Trimarco.

What It Looks Like When Communities Make Racial Justice a Priority

From conversations that heal to land trusts that fight gentrification.

In the weeks following the 2014 shooting of Michael Brown, Wellspring Church in Ferguson became a space for protestors to meet, talk about issues, and strategize for change. Two years have passed, but Wellspring’s pastor, The Rev. F. Willis Johnson Jr., wants to keep those conversations going.

He teamed up with another local church to create The Center for Social Empowerment, hoped to be an incubator for social justice solutions in Ferguson. The center stems from the idea that while policy changes are needed—like those recommended in a 2015 U.S. Department of Justice report—they don’t address the problem of racism within the community. To do that, Johnson says, the experiences of individual community members need to be considered.

The center holds monthly conversations that are open to the community and partners with organizations and schools to bring discussions to them. The meetings engage participants in reflecting on their own experiences with race and hearing the stories of others. This creates a shift from “debate rhetoric” to dialogue, says Nicki Reinhardt-Swierk, one of the program’s coordinators. “When we can get people to realize that the world as they understand it is not the world as experienced by other people, that’s how you start seeding change and sprouting action.”

In these forums, participants discuss actions they can implement in their own lives to change the role race plays in their community. Those actions don’t always include protesting, explains Reinhardt-Swierk. They might be recognizing the racist connotations of the word “thug” or changing the way an elderly woman interacts with a cashier.

“From [conversations] we can raise a healthy and loving challenge,” adds Johnson. “Now that I know better, I can push myself to do better. I can see my role in reconciliation and in my community.” —Araz Hachadourian

After living in Cleveland and Chicago, Iya’falola H. Omobola says she had never seen anything like what she’s witnessed over the past several years in Jackson, Mississippi, where homes have been allowed to “deteriorate and just stay there.”

Unlike other cities that use the threat of taxes or demolition to clean up derelict properties, Jackson appeared to have a pattern of neglect, says Omobola. In response, Cooperation Jackson, a grassroots organization co-founded by Omobola, is working to thwart gentrification and subsequent displacement of residents by buying as much property as it can to make land and homes affordable.

Decay, abandonment, and plunging property values are pervasive in many U.S. urban centers that are predominantly African American, like Jackson. Meanwhile, nearly 20 percent of these neighborhoods with lower incomes and home values have experienced gentrification since 2000, according to Governing magazine. In cities such as Seattle, Portland, and Washington, D.C., those changes have pushed out many residents. Cooperation Jackson members are determined to prevent the same thing from happening in Jackson, where about 80 percent of the population is African American.

The group has established a community land trust as part of its Sustainable Communities Initiative, which includes building co-ops (three operate today), purchasing land, and building affordable housing on the west side of town. So far, Cooperation Jackson has purchased more than 20 parcels of land for as little as $800 apiece. The land trust was part of former Mayor Chokwe Lumumba’s vision before he died in 2014; Omobola, Lumumba’s media director, and Kali Akuno, who also worked for Lumumba’s administration, formed Cooperation Jackson and opened the Chokwe Lumumba Center for Economic Democracy and Development.

The goal is to enable as many people as possible in Jackson to own their own resources, Omobola says. Now, the organization is focused on acquiring property within a 3-mile radius over the next two years. “We’re looking at creating self-sustainability,” she says. —Zenobia Jeffries

To outsiders like Donald Trump, Detroit is like “an urban dystopia of poverty, crime, and blight.” But to Detroiters and those committed to the city’s revitalization, it’s a city full of promise—with the notable exception of its school system. Following multiple state takeovers, the largest school district in Michigan continues to suffer teacher layoffs, crowded classrooms, and financial mismanagement. And longtime residents and activists have had enough, turning to a legacy of the civil rights movement’s Freedom Schools to serve their children.

Victor Gibson teaches math to middle schoolers at the Dexter-Elmhurst Center. The retired teacher signed up to work for the Detroit Independent Freedom School Movement.

Organized by African Americans in the 1960s around sociopolitical and socioeconomic issues, the Freedom Schools presented an alternative setting for all ages centered mostly on voter registration and social change, as well as academic components—mainly reading skills—for young people. Since then, civil rights and racial justice organizations, along with grassroots movements, have resurrected the Freedom School model for their work in African American communities still faced with inadequate education, disenfranchisement, and racial discrimination.

The organizers of DIFS created a program that was piloted this summer at a local recreation center, where volunteer teachers provided cultural activities and lessons in the core subjects of math, science, English/language arts, and social studies. Other institutions, including the Charles H. Wright African American Museum, have signed on to host the DIFS program at their facilities this fall.

Gloria Aneb House, a former member of the Student Nonviolent Coordinating Committee and a member of D-REM, helped to organize the local Freedom Schools movement. “Our intention is to do as much in outreach around the city and get into as many churches and community centers where they’re happy to have us,” House says. —Zenobia Jeffries

Editor’s note: A previous version of this article inaccurately stated Cooperative Jackson had bought 20 parcels of land from the City of Jackson for as little as $1 a piece.  This article was corrected and updated Jan 23. 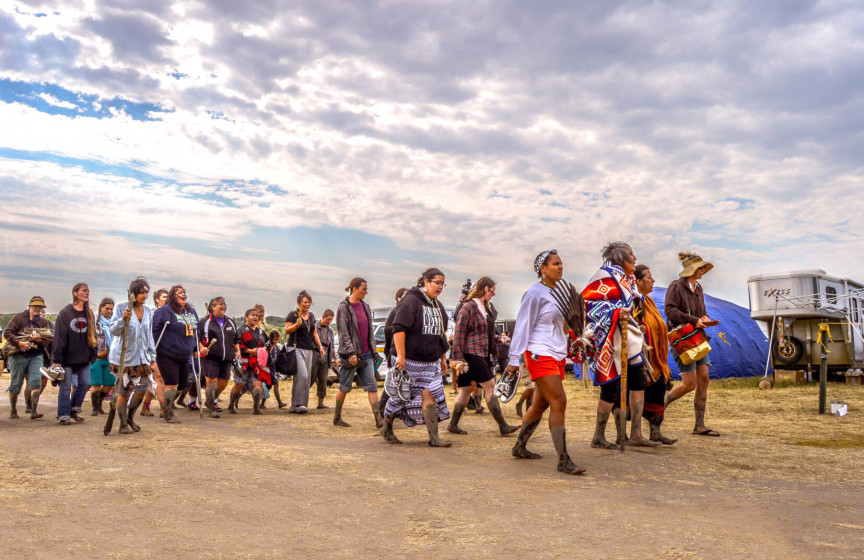